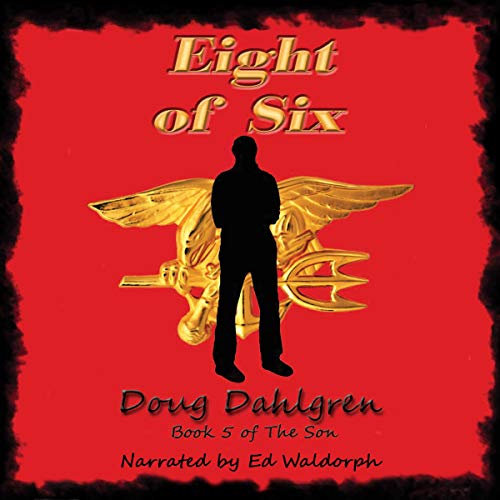 The fifth book in the series.

Operation Melchior-Sanctum was a failure and a potential embarrassment. It went wrong, terribly wrong. So wrong the entire team of DevGru Operators had been quietly retired to head off any bad publicity.

But now, those men were being killed one by one, and faster than the law could react. Jon Crane is asked to do the impossible: find out who this killer is and stop him...fast.

Working with a group of federal agents, Jon soon learns that this adversary is the most dangerous he has faced and that this killer is his equal in resources and skill, if not more so.

What listeners say about Eight of Six

Learned a lot about the team work of so many that protect our country Lots of action. Could not quit reading as usual Mr Dahlgren is a fantastic writer. Everyone should read. Great book

Knocked it out of the Park

Doug Dahlgren has once again knocked it out of the park with his latest addition to"The Son" series..."Eight of Six". It is well worth your time to read this compelling story that amazingly hits close to home with its newsworthiness. As I listened to this book, I learned shocking facts about the Seal Team Six. I am sure you will as well.