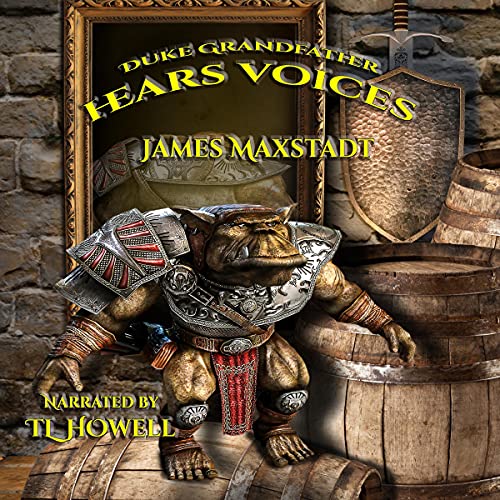 Duke's not alone in his own head...but does the voice sharing it want to help or hinder?

Duke Grandfather has refused to tell the story of where he got his famous gun. Now, he relents and tells the tale from start to finish.

But it's not as cut and dry as it seems.

Duke didn't just wake up and find it one day. First, he had to endure sharing his head with a mysterious voice. One that's nice to him, as long as he does what it wants. Add in an overly large orc who won't leave him alone, and it's all Duke can do to survive, let alone retrieve a magic item.

Will it be worth it in the end?

The answer to the burning question "where did it come from?" is finally revealed!

You'll love this fast-paced, comic fantasy, because finding out the answers makes it all worthwhile.