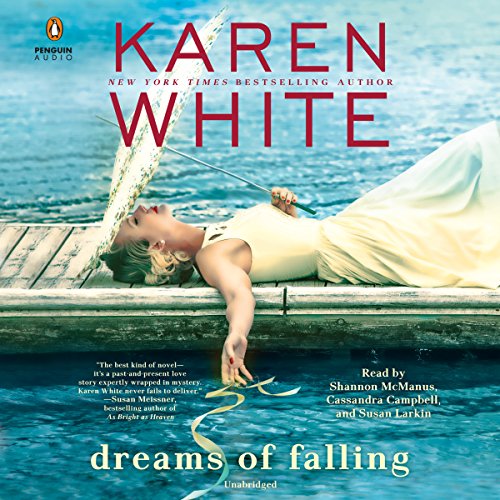 One of PureWow's "Best Beach Reads of Summer 2018"

On the banks of the North Santee River stands a moss-draped oak that was once entrusted with the dreams of three young girls. Into the tree's trunk they placed their greatest hopes, written on ribbons, for safekeeping - including the most important one: friends forever, come what may.

But life can waylay the best of intentions....

Nine years ago, a humiliated Larkin Lanier fled Georgetown, South Carolina, knowing she could never go back. But when she finds out that her mother has disappeared, she realizes she has no choice but to return to the place she both loves and dreads - and to the family and friends who never stopped wishing for her to come home.

Ivy, Larkin's mother, is discovered badly injured and unconscious in the burned-out wreckage of her ancestral plantation home. No one knows why Ivy was there, but as Larkin digs for answers, she uncovers secrets kept for nearly 50 years - whispers of love, sacrifice, and betrayal - that lead back to three girls on the brink of womanhood who found their friendship tested in the most heartbreaking ways.

What listeners say about Dreams of Falling

Good narration. Excellent generational story of friends and family dynamics. Not sappy or unnecessarily filled with sex. Sometimes we make mistakes and have hard choices in life. Finding peace and understanding of ourselves opens the door to acceptance and loving relationships with family and lifelong friends.

Tugs at the heartstrings !

What a marvelous book! I love the timeframe and the depth of the characters. This book gives you a glimpse into the souls of women that love, hurt, and forgive. It can be a light read or a deep read depending on your need but overall it’s an entertaining and enjoyable read! I always love KW’s books and this one is one of my favorites.

Karen White could not have written this slow, redundant book.

Please do not use a credit or spend your money on this poorly written book . Having read and greatly enjoyed almost all of Karen White’s books, I find it hard to believe she wrote this one. Plot was repeated numerous times and the lead character was most annoying. Her narrator didn’t help her weak and shallow character. I can’t think of anything good to say about this silly book except it finally ended.

Didn’t really have a topic until the last few chapters. Everyday I said “ if this doesn’t get to the point, I’m done”

This was not my favorite Karen White book for sure. I forced myself to get through it because it was very slow. It ended okay but long getting there.

WARMS AND HURTS THE HEART AT THE SAME TIME!

I am a fan of Karen White! I especially like her method of writing i.e. going from one era of time to another to pull the story together. This story brings family together in love and heartbreak in ways that captures your attention to the very end. And speaking of...I love the story ending. Great job!

I'm not normally a fan of multiple narrators but for this particular story, it worked for me. I wasn't so much aware of the change in voice as I was to the change in the character.

Very much worth the credit!

I have read many Karen White books and I enjoy them but this is not one of my favorites. There seems to be a lot of verbiage to the amount of story and I found myself wanting to say “just get on with it”. The story is sweet and poignant but it takes a long time to get to the resolution by which time the listener has pretty much figured it out.

Kept my intrest and couldn't wait to get back to it. Never wanted it to end.

This story was wonderful! Karen White does it again, keeps you on the edge of your seat with surprise revelations while beautifully blending generations.

What an amazing book. The characters story’s were so intertwined that it kept you on your seat. Boyd, Cece, Margaret, ivy, Ellis, and more center around decisions made generations back that affected their lineage. Would tell you more but can’t without spoilers.