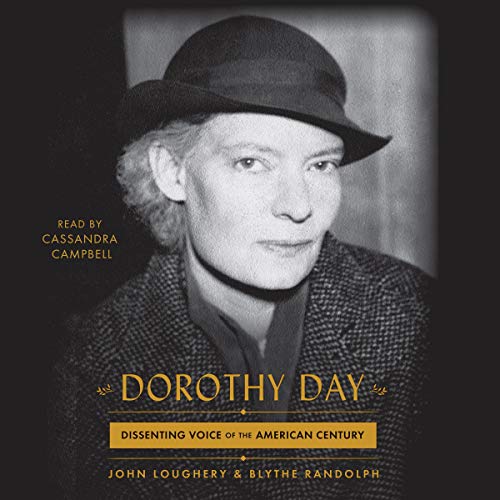 The first full authoritative biography of Dorothy Day - American icon, radical pacifist, Catholic convert, and advocate for the homeless - is “a vivid account of her political and religious development” (Karen Armstrong, The New York Times).

After growing up in a conservative middle-class Republican household and working several years as a left-wing journalist, Dorothy Day converted to Catholicism and became an anomaly in American life for the next 50 years. As an orthodox Catholic, political radical, and a rebel who courted controversy, she attracted three generations of admirers. A believer in civil disobedience, Day went to jail several times protesting the nuclear arms race. She was critical of capitalism and US foreign policy and as skeptical of modern liberalism as political conservatism.

Her protests began in 1917, leading to her arrest during the suffrage demonstration outside President Wilson’s White House. In 1940 she spoke in Congress against the draft and urged young men not to register. She told audiences in 1962 that the US was as much to blame for the Cuban missile crisis as Cuba and the USSR. She refused to hear any criticism of the pope, though she sparred with American bishops and priests who lived in well-appointed rectories while tolerating racial segregation in their parishes.

Dorothy Day is the exceptional biography of a dedicated modern-day pacifist, an outspoken advocate for the poor, and a lifelong anarchist. This definitive and insightful account is “a monumental exploration of the life, legacy, and spirituality of the Catholic activist” (Spirituality & Practice).

What listeners say about Dorothy Day

In the same manner that The Lives of Saints have inspired countless along the road to holiness, this book about Dorothy Day does the same—timelessly reassuring readers that leaving the past behind and evolving with Love is the journey of faith for all. Her life is a story that reminds us all of the need to embody the beatitudes.

the Life and times!

Long but not too detailed. Dorothy is a favorite person in my heart, and ideal to be copied within my limited strength a place in life. The text offers many leads to further reading.

Very helpful for a better understanding of Dorothy, particularly her Catholicism, and her personalism. Theories, ideas, and mystical longings put into practice in an interesting and challenging way.