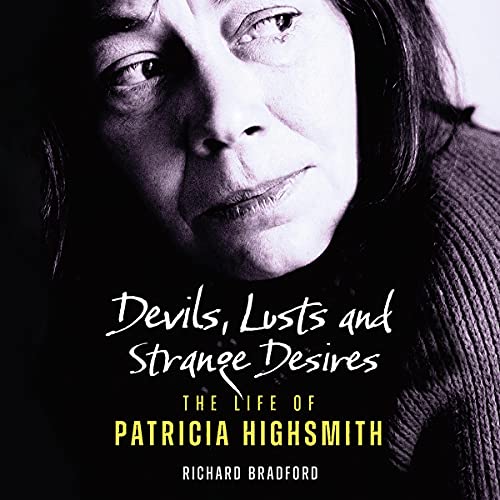 Made famous by the great success of her psychological thrillers, Patricia Highsmith is lauded as one of the most influential and celebrated modern writers. However, there has never been a clear picture of the woman behind the books.

The relationship between Highsmith's lesbianism, her fraught personality - by parts self-destructive and malicious - and her fiction has been largely avoided by biographers. She was openly homosexual and wrote the seminal lesbian love story, Carol. In modern times, she would be venerated as a radical exponent of the LGBT community. However, her status as an LGBT icon is undermined by the fact that she was excessively cruel and exploitative of her friends and lovers.

In this new biography, Richard Bradford brings his sharp, incisive style to one of the great and most controversial writers of the 20th century. He considers Highsmith's best sellers in the context of her troubled personal life: her alcoholism, licentious sex life, racism, anti-Semitism, misogyny, and abundant self-loathing.

What listeners say about Devils, Lusts and Strange Desires