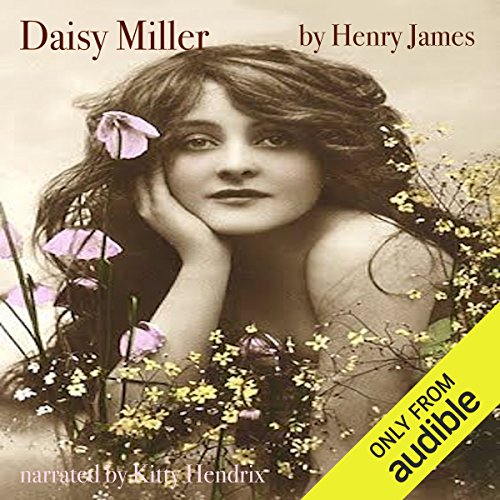 Daisy Miller is the story of a beautiful, unconventional American girl who becomes the fascination of Frederick Winterbourne, a sophisticated compatriot. His pursuit of her is hampered by her flirtatiousness and flagrant disregard for the customs and behavior of the other expatriates when they meet in Switzerland and Italy.

Henry James used Daisy's story to exemplify how he believed Europeans and Americans felt about each other, and more generally the prejudices common in the culture at that time between wealthy American industrialists and European aristocracy.

Daisy Miller was an immediate and widespread popular success for James, despite some criticism that the story was "an outrage on American girlhood".

The story continues to be one of James' most popular works, along with The Turn of the Screw and The Portrait of a Lady.

This narration is from the original text which was published in 1879.

In 1909 Henry James published a second version of Daisy Miller, which, in spite of his preferring it, never had the critical or commercial acclaim of the earlier version.

"Narrator Kitty Hendrix deftly transports listeners to the aristocratic echelon of Europe in this 1879 classic... Hendrix outdoes herself with both male characters during an amusing conversation between Daisy's younger brother, Randolph, and Winterbourne, who is seeking to learn all about her. Hendrix's rendering of the opulent setting gives listeners a glimpse of a bygone era as Daisy dates Winterbourne and an Italian suitor named Giovanelli, which shocks almost everyone... Hendrix is spot-on with an array of accents, Winterbourne's and Giovanelli's reactions to Daisy, and the tragic conclusion." - AudioFile Magazine

What listeners say about Daisy Miller

I really liked this story! It was particularly enhanced by the performance of the reader making this old classic come to life!

This was an odd but interesting read. Not my normal taste but I appreciated the research done and how it related to other Henry James novels. Winterbourne becomes infatuated with Daisy but Daisy Miller is attracted to a young Italian. Unfortunately his actions were too little too late.I was voluntarily provided this free review copy audiobook by the author, narrator, or publisher.

I Am Lost For Words

I got this book via audiobook boom. I listened to the entire book and the best I can say is that the narrator was very good. The story centered around an American family touring Europe. The daughter Daisy Miller is the central character and the way people who have too much money and too little to do other than gossip treat her. I think. It may also be about her not knowing how to treat a man who is interested in her. Or it may be about the man not knowing how to treat the woman he is interested in. In the end, he discovers how he should have treated her but it is too late because she is dead.