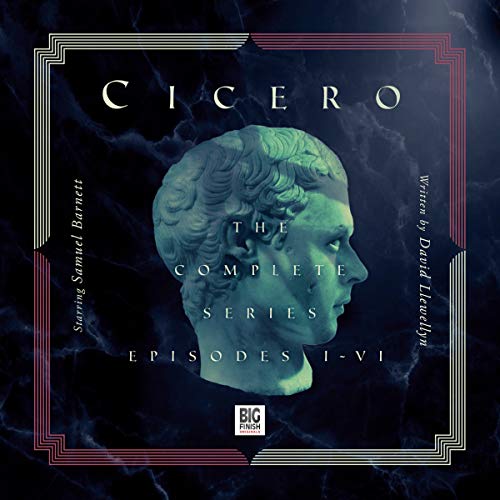 Rome, 80 BC. An age of bloody civil war and dictatorship is at an end.

In its turbulent aftermath, an ambitious young lawyer, Marcus Tullius Cicero, is beginning to make a name for himself. But does he have what it takes, and can this new era of peace and prosperity truly last?

When he defends the accused in a prominent murder trial, Cicero's path crosses with that of Sulla, the former dictator and a war hero of the Republic. Soon, Cicero will discover that beneath Rome’s civilised and sophisticated veneer lies corruption, cruelty and vice. Taking on the Roman underworld may come at a considerable cost, and so Cicero must find a way to balance family and friendship with his unwavering commitment to justice.

The Roman world is on the brink of revolution. The age of Caesar is drawing near. And Cicero will have to do everything he can to survive the storm.

"This is simply some of the finest story-telling you’ll come across, in any medium. The music and sound design are used perfectly here. It’s not extravagant, it’s excellent. Performances across the board, are layered and grounded from a script which is passionate, fast paced and thoughtful. The direction couldn’t have been handled better making this another Big Finish Original masterpiece." (Blogtor Who)

Excellent production with great performances all around and a well-paced compelling story. Hope they produce a sequel!

I didn’t realize Cicero was English

I enjoyed this novel way of learning about Cicero and his times. The main actors spoke like jolly old chaps and used phrases that were quite British. A few of the supporting actors use more formal speech ala Richard Burton and attempt to sound like Romans. That made it more believable. The female actors were very quiet and restrained in an English speaking way and were not very good. Still, I was able to put this aside and still enjoy the story for what it was. I hope they make more of these and resurrect Richard Burton if possible, at least for the accent we are used to from the movies!

Really enjoyed the story and the performances were fantastic! Shame there aren’t anymore series. Thanks