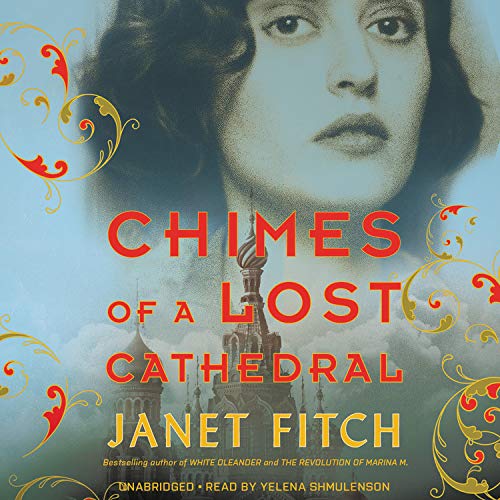 Chimes of a Lost Cathedral

The story of The Revolution of Marina M. continues in best-selling author Janet Fitch's sweeping epic about a young woman's coming into her own against the backdrop of the Russian Revolution.

After the events of The Revolution of Marina M., the young Marina Makarova finds herself on her own amid the devastation of the Russian Civil War - pregnant and adrift in the Russian countryside, forced onto her own resourcefulness to find a place to wait out the birth of her child. She finds new strength and self-reliance to fortify her in her sojourn, and to prepare her for the hardships and dilemmas still to come.

When she finally returns to Petrograd, the city almost unrecognizable after two years of revolution, the haunted, half-emptied, starving Capital of Once Had Been, she finds the streets teeming with homeless children, victims of war. Now fully a woman, she takes on the challenge of caring for these civil war orphans, until they become the tool of tragedy from an unexpected direction.

But despite the ordeal of war and revolution, betrayal and privation and unimaginable loss, Marina at last emerges as the poet she was always meant to be.

Chimes of a Lost Cathedral finishes the epic story of Marina's journey through some of the most dramatic events of the last century - as a woman and an artist, entering her full power, passion, and creativity just as her revolution reveals its true direction for the future.

What listeners say about Chimes of a Lost Cathedral

I fell in love with Marina in the first book. I strongly suggest listening to The Revolution of Marina M. before diving into this one. Both books are filled with historical viewpoints but also the crazy life of a young woman. If you prefer a straight and narrow life then this isn't for you; but if you struggle with matters of the heart and mind you will probably fall in love with Marina too.
Also a HUGE shoutout to the narrator who I think is amazing!

The only reason I read this was because i wanted to find out what happened-the author took things to a very dark place and the heroine got off the hook, so to speak-i did not like this on an emotional level.

Such a gorgeous book. The writing is so crisp... timeless history. A heartbreaking story of resilience and how the human spirit triumphs over the impossible.

Marina was probably the most frustrating and yet very real girl I have ever read! At times I wanted to slap her and at others embrace her. I had to remind myself of her tender youth, even while she made such grown up choices, only to do something utterly stupid again!
I cried with her and fretted with her, her trials became mine!

This epic journey was cold and heartbreaking, with moments of relief. I learnt much about the Russian Revolution that I haven't known before.

Most definitely a worthy read!

An excellent book, which held my interest until the last word. What a great narrator too.