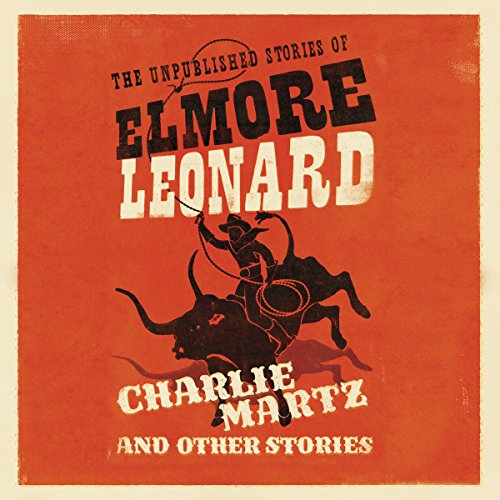 Charlie Martz and Other Stories

When Elmore Leonard died in 2013, he left behind a 60-year legacy of crime novels that, through their trademark wit and grit, transcended genre fiction. He also left behind a treasure trove of unpublished early stories.

Their razor-sharp dialogue and headlong pacing reveal a master who honed his craft from a young age.

Largely written during his years as a copywriter at a Detroit advertising agency, these stories find Leonard exploring far-flung locations, from the bars of small-town New Mexico to a military base in Kuala Lumpur. They also introduce us to unforgettable Leonard characters, some of whom - like ageing lawman Charlie Martz and weary former matador Eladio Montoya - star in his other works but were born in these pages.

Leonard's early work has all the hallmarks that made his later novels sparkle: gripping plots, an innovative and exhilarating approach to language, and a knowing appreciation for what makes everyone - from gangsters to gun molls, from detectives to damsels - tick.

Whether embodying an extra on a movie set in Spain or a desperate man out for vengeance in Detroit, these stories are endlessly entertaining - finding humanity in hardscrabble places and reminding us why Leonard is so sorely missed.

What listeners say about Charlie Martz and Other Stories