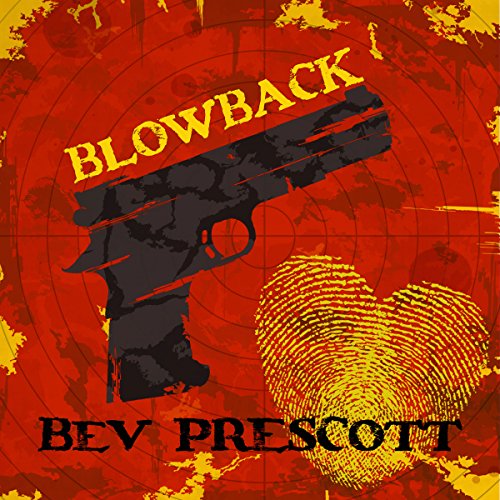 Meghan Blaney comes from a long line of self-sufficient, gritty Maine lobstermen. She knows a thing or two about hard work, loyalty, and sacrifice. When she put off going to culinary school so she could take care of her aging father, she never expected to be schlepping pancakes at a local diner a decade later. Nor did she plan to be living in an old house that was too small for her partner, Lauren, and her cantankerous father.

Meghan's life becomes even more complicated when she agrees to let her ex-con brother, Scott, stay with them. He unwittingly brings the sordid underbelly of the fishing industry and one troublesome gun into their lives. Meghan quickly learns the hard way, despite everyone's best intentions, that having a gun comes with its own unintended blowback.

What listeners say about Blowback

What made the experience of listening to Blowback the most enjoyable?

Bev Prescott's Blowback is game-changer, and a book that I highly recommend to discriminating fans of lesbian fiction. It's chock full of hard working characters, struggling to make the best choices they can, even when those choices are limited at best. The story is edgy, and sometimes hard to listen to—not because it is badly written, quite the opposite. It is hard to sit through because it doesn't sugarcoat the truth that in present-day American society, guns take as many lives as they save. Trust me, nothing can prepare you for the heart-stopping conclusion of this audiobook. Bravo Ms. Prescott and Ms. Bennett!

Different, but a must listen

This book is a well-written message about the sensitive subject of gun ownership woven into complicated family dynamics. You should begin listening with an open mind, because I think the writer does a pretty good job of approaching the subject from both points of view even though her conclusion falls decidedly on one side of the issue. It's a good story, with many complications and a cloudy outcome until the conclusion. The only negative -- and I'm reaching a bit here because it's a very mild criticism -- is that the story had a somewhat weak arc so that you sort of tumble down the road to the conclusion rather than arc upward, then gain momentum as you shoot forward to the conclusion. But, as I said, it's a mild criticism -- something most people probably wouldn't notice.

The narrator was good. The read was long and meaty. I'd definitely recommend this book.

I thought the storyline of this book, which followed the "life" of a single gun, added a great deal to the discussion around guns and gun control. Most public discussions of this topic seem to end in both sides screaming at each other. The characters are very approachable and familiar, descriptions of Portland, Maine are spot on and beautifully drawn. I could almost smell the salt mist from the sea! No matter what your opinion is regarding Second Amendment rights, this is a good story that gives you plenty to think about and some interesting facts about gun laws.