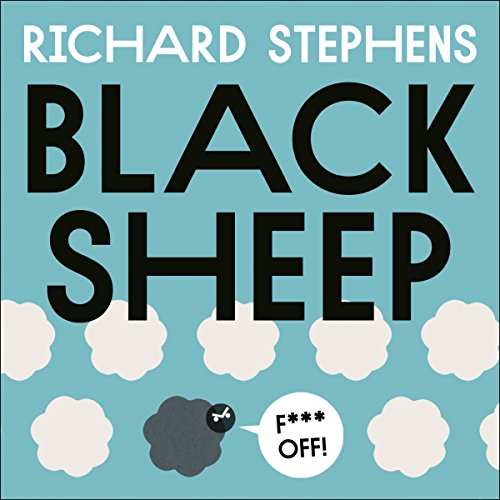 Black Sheep: The Hidden Benefits of Being Bad

From the man who won the Wellcome Trust Science Writing Prize 2014 and married a human statue comes a book of weird and wonderful psychological science from the far-flung corners of human experience.

Who knew that having sex can reduce stress or a cheeky whisky could give you the edge at charades? Is it really true that people who are smart swear more and that dropping the F-bomb makes great pain relief?

Richard Stephens became the focus of international media attention in 2009 for his research on the psychological benefits of swearing as a response to pain. Now, fresh from winning the 2014 Wellcome Trust Science Writing Prize, Richard's first popular science book uncovers other pieces of surprising and occasionally bizarre scientific enquiry showing that what we at first perceive as bad can, in fact, be good.

More pub conversation than science book, Richard's writing style is very accessible - both engaging and humorous. Think wasting time is bad? Not always! Research shows that taking time out can help you solve difficult problems. And if you can't be bothered tidying up, well, fine - research shows that people are more creative in a messy environment. Swearing is rude, but research shows that in some situations it can be a form of politeness. Swearing can also be used as a tool of persuasion.

Black Sheep casts a slant on a range of human experiences from life to death, sex to romance, from speed thrills to halting boredom and from drinking alcohol (in moderation) to headily excessive bad language. This is a fascinating left-field tour of the world of psychological science. Get ready for the many hidden benefits of being bad that you really won't have seen coming.

"Richard Stephens demonstrates that the bad things in life do have their good, practical side." (Marc Abrahams, founder of the Ig Nobel Prize)

"A genial and knowledgeable guide to everyday vices from alcohol to chewing gum, which finds that there are often hidden virtues to be found in them, too." (Michael Regnier, Science Writer/Editor at the Wellcome Trust)

What listeners say about Black Sheep: The Hidden Benefits of Being Bad