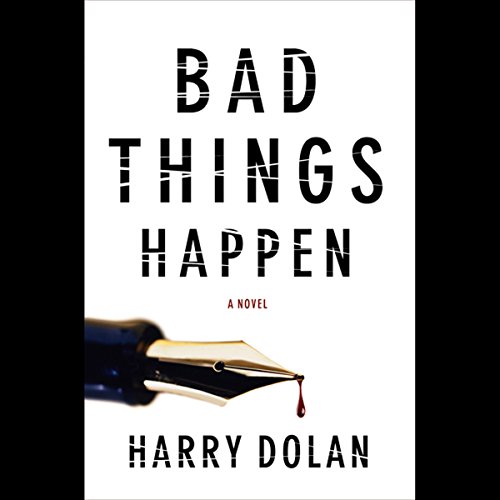 A gripping novel about a man trying to escape his violent past and soon becomes a murder suspect when a publisher - and the husband of the woman he's having an affair with - turns up dead.

The man who calls himself David Loogan is hoping to escape a violent past by living a quiet, anonymous life in Ann Arbor, Michigan. But when he's hired as an editor at a mystery magazine, he is drawn into an affair with the sleek blonde wife of the publisher, Tom Kristoll - a man who soon turns up dead.

Elizabeth Waishkey is the most talented detective in the Ann Arbor Police Department, but even she doesn't know if Loogan is a killer or an ally who might help her find the truth. As more deaths start mounting up - some of them echoing stories published in the magazine - it's up to Elizabeth to solve both the murders and the mystery of Loogan himself.

"Fans of Peter Abrahams and Scott Turow will find a lot to like." (Publishers Weekly, starred review)

"Dolan's neatly symmetrical plot is tight, his dialogue is crisp, and his humor wry." (Booklist)

Potential, but too mechanical

A clever mind at work here, but far too mechanical and complicated. It involves most of the tricks and gimmicks used by crimes writers, if not them all. Definitely the first book I have read that sprayed suspicion on each and every character in the story. May be a tongue-in-cheek effort by a professional editor or College Professor incapable of an original plot or story.
Something about it seemed off, like it was written separately by a team of people and then coalesced by the HAL 5000. It left me wanting.

But it still slices, just took a lot of work: from me. See, it's pace that drives Harry Dolan's story about the way a '68 VW Bug will drive a U-Haul up a hill. But I digress, which is dull thing huh?

This story is all about murders that surround a man-of-mystery. The problem is, neither Dolan or Erik Davies as hard as they work - and they reeeeeely work hard - made me care about allusions, murders or man.

Nor the huge cast with (endless) speaking parts. Zzzzzz.

If you could sum up Bad Things Happen in three words, what would they be?

Would you recommend Bad Things Happen to your friends? Why or why not?

I would. It's a light listen. Very engaging. There are some lose threads at the end, and you have to suspend disbelief. Despite all that, it was a

He really gets into the character.

This is not the deepest novel ever, but it's really entertaining and you will find that you can't turn your device off. You always want to know what happens next.

I was expecting a better story when I purchased this audiobook based on reviews I'd heard. The narration was fine, and the story was okay- but it was not as engaging or intriguing as I was hoping it would be. I liked it enough to finish it, and some parts of the story and characters were much more interesting than others.

There were many parts of this story that made me feel as if I were being led around by my neck....To me, there were too many giant leaps for the characters to make and it seemed unrealistic. I just felt a little cheated by it.

And I thought Dolan’s , “The Last Dead Girl” was great, and it was, but this is one of the best books I’ve ever read or listened to!!!

2nd time I've listened to this story. it's great & I'm going to listen to the next in the David Loogan series again as well.

Dolan books have a strange allure for me. He's got great writing potential even if it's never fully realized. Still, he entertained me throughout. It feels as though it's missing something though I can't quite define what , but in an odd way, that intangible missing piece added to the books allure. It has a good plot, decent if not great character construction, and some pretty solid writing. Sometimes the dialogue seems contrived, and a few of the characters/suspects speak to the detectives as though they are ruminating on what it's like to be a detective in a novel but many of them are writers so perhaps it's intentional. The refrain is satisfying if a bit overused. All in all, it's fun, and worth a credit. I recommend it and think some of the bad reviews here are more to do with personal taste than any real lack of quality.

Basically a good story but way too drawn out! It should have ended long before it became tedious. And how many times did we have to hear about those glass beads for pete' s sake!

What disappointed you about Bad Things Happen?

The story was weak. Too many characters with an uninteresting story line. It was especially disappointing since Stephen King had given it a great review.

Boring. Tone of voice was boring to listen to. But he did differentiate between characters well.

What character would you cut from Bad Things Happen?