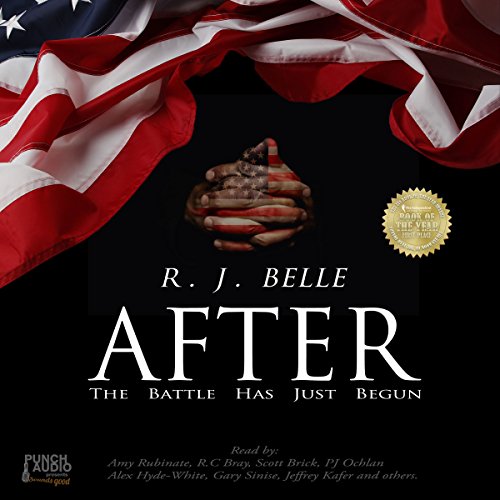 This project looks at the struggles of these incredible men to reshape their lives after combat. It also sets these stories within the context of current veteran healthcare, and injury, suicide, and disability statistics, and looks briefly at the impacts on the caregivers who support these men. Being face-to-face with combat-injured veterans has given me an insight that all Americans should have. Veterans of the Vietnam era began the process of opening our eyes to the grim realities that await veterans both psychologically and physically. These men's stories show how much more we have to accomplish.

This book isn't about war or politics - it is about figuring out what it takes to move forward after the war. I wrote this book to raise awareness of what our warriors need most when they return, what the government does and doesn't provide and why there is a high demand for private non-profits to fill the gaps. Make no mistake - we are in this period of recovery and rehabilitation for decades to come. It also introduces the non-profit organization Warrior Foundation - Freedom Station which has taken on the task of helping our combat-injured men and women make the daunting transition from military to civilian life. 100% of the proceeds benefit them in this much-needed labor of love.

What listeners say about After

Disclaimers: I lost people in Nam. I have been a nurse forever, including some years at a civilian TBI facility. I have a grandson who served in Okinawa. I have read Fire in My Eyes by Brad Snyder. I have worked with former US Marines now serving in law enforcement.
This very moving book highlights the realities of war and what can and should be done to provide what is most needed by the warriors who have survived. Each man named here has found the extra courage to do the unthinkable by allowing himself to be interviewed about his post war horrors knowing that it would be published. These men were called to serve, and continue to serve in different capacities as civilians. The roads have been long and hard, and will never really end, but they have new skills, and a purpose in life.
Americans need to read this book, I prefer the audio, and wake up to a reality that does not revolve around Hollywood, spending on things that they can't afford, or senselessly killing each other and the environment. These people served you and have earned respect, regardless of how you choose to view wars.
Rant over.
I requested and received a free copy from the publisher, author, or narrators courtesy of AudioBookBOOM.

A touching story that Americans need to hear !

Where does After rank among all the audiobooks you’ve listened to so far?

Eye opening experience to hear of the statistics and most importantly, how these wounded soldiers are not being taken care of.

Great listen....I could not put it down..I listen mostly while driving ...but could not wait to see what happen next so..I listened till I finished it..The only negative thing I have to say....I can't wait for the next book .


I received a free copy of this book and voluntarily decided to review."

A Commercial That You Have to Pay For

Story: This book started SO WELL I was in tears, and then it just turned into a 3 hour commercial for a charity. I actually admire the charity and its work, but just ask for a donation next time instead of wasting 3 hours of my time. In fact, I couldn't finish it. I would have rather given them $20 bucks instead of the $10 the books costs. Its a damn shame too because the stories (woven every other chapter or so) were great, but each one is ruined by a quick plug for the charity. Again, it is a good charity, but I don't like commercials disguised as non-fiction.

Performance: It was done by pro voice-over people and they all did a great job.

This audio book was provided by the author, narrator, or publisher at no cost in exchange for an unbiased review. And as you can tell, this is a true statement because no one would pay me to write this review. I'm sorry but I call em like I see em. If you are someone trying to pass of evangelism or a business under the guise of non-fiction, I will let the people know...

Just finished the audio book of "After". I first read the book itself but the audio made it jump at me and I could feel myself sitting beside each of the individuals I have so many mixed emotions for all that each warrior has experienced and I am angry that our VA is not measuring up to the needs of these men and women. It's not only sad, It is a crime. We can do better. One day at a time we can and will make a difference as private citizens for these incredible young men and women

The incredible Warriors and amazing people these men are!

I appreciated the realistic, straightforward manner in which these experiences were relayed. Open, honest and from the heart. Couldn't stop reading it or put it down. Looking forward to this audio version .😀