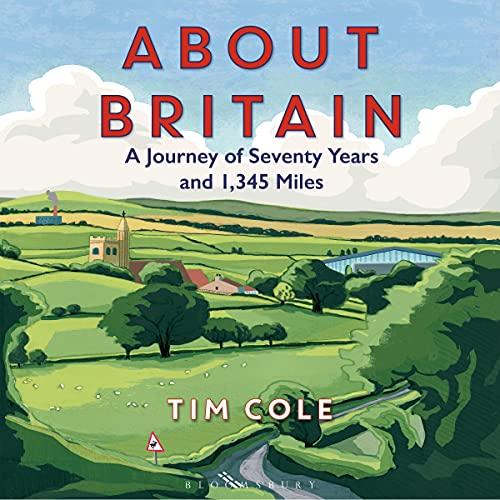 In 1951, the Festival of Britain commissioned a series of short guides they dubbed ‘handbooks for the explorer’. Their aim was to encourage readers to venture out beyond the capital and on to ‘the roads and the by-roads’ to see Britain as a ‘living country’. Yet these 13 guides did more than celebrate the rural splendour of this ‘island nation’: they also made much of Britain’s industrial power and mid-century ambition - her thirst for new technologies, pride in manufacturing and passion for exciting new ways to travel by road, air and sea.

Armed with these About Britain guides, historian Tim Cole takes to the roads to find out what has changed and what has remained the same over the 70 years since they were first published. From Oban to Torquay, Caernarvon to Cambridge, he explores the visible changes to our landscape, and the more subtle social and cultural shifts that lie beneath.

In a starkly different era where travel has been transformed by the pandemic and many are journeying closer to home, About Britain is a warm and timely meditation on our changing relationship with the landscape, industry and transport. As he looks out on vineyards and apple orchards, power stations and slate mines, vast greenhouses and fulfilment centres for online goods, Cole provides an enchanting glimpse of 20th and early 21st century Britain as seen from the driver’s seat.

What listeners say about About Britain