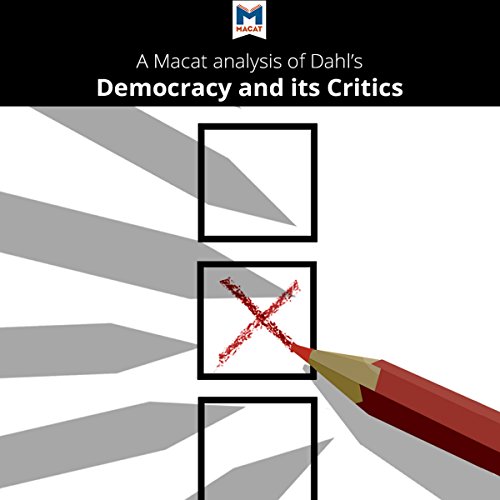 A Macat Analysis of Robert A. Dahl's Democracy and Its Critics

Democracy and Its Critics is a modern classic that integrates Robert A. Dahl's democratic thinking as it developed over the course of his academic career. It makes an important contribution to theories about democracy and remains widely cited and debated.

Dahl offers an interpretation of democratic theory and practice that is relevant to the modern world and that pays special attention to the problems highlighted by people who criticize democracy. By rigorously testing the basic assumptions of what a democracy is against the challenges posed by these critics, the work recasts our understanding of democracy and outlines the future directions Dahl believes democracy should take.

Published in 1989, Democracy and Its Critics won the 1990 Woodrow Wilson Prize, awarded by the American Political Science Association, and the 1991 Elaine and David Spitz Book Award, given by the International Conference for the Study of Political Thought.

What listeners say about A Macat Analysis of Robert A. Dahl's Democracy and Its Critics