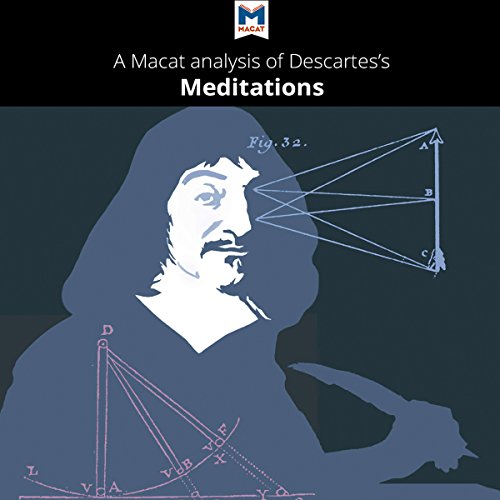 A Macat Analysis of René Descartes' Meditations on First Philosophy

By: Andreas Vrahimis
Narrated by: Macat.com
Free with 30-day trial

In his 1641 work Meditations on First Philosophy, Descartes poses questions about the nature of knowledge and the nature of being that philosophers still debate today.

Among the general public, Descartes is probably most famous for his pronouncement "I think, therefore I am." That statement first appeared in an earlier work, but he expands on it in Meditations as he considers the idea of the mind as a separate entity to the body - the "dualist" approach. Descartes also set out to dispel skepticism - the idea that one cannot truly know anything. Using his "methodological skepticism," he showed that by doubting everything, we can know some things beyond doubt. From this point of certainty, he discusses a range of subjects, and offers a rational proof of existence of God.

Many of the questions Descartes asked remain relevant today. How does the physical brain relate to the mind? Does "thought" require a body? What can we know with certainty? Does God exist? We continue to ask them, because we still don't have the answers.