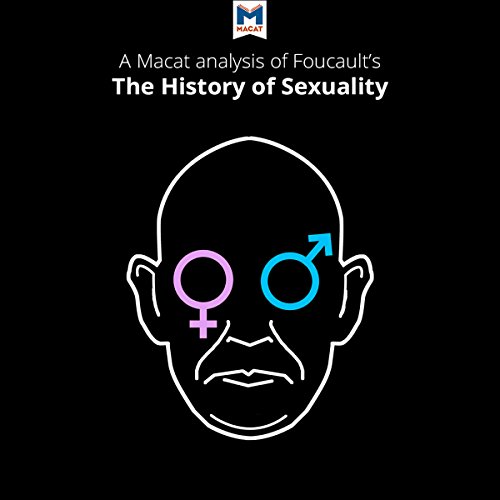 A Macat Analysis of Michel Foucault's The History of Sexuality Vol. 1: The Will to Knowledge

Michel Foucault had already written extensively about medicine, madness, and prisons. But in the latter days of his career, he turned to the subject of sexuality, planning six volumes on the subject. He completed three before dying of an AIDS-related illness in 1984.

Foucault's History of Sexuality Vol. 1 is a study of the evolution of cultural ideas about sex in the West since the end of the 17th century. Volume two looked at attitudes toward sex in ancient Greece; volume three investigated sex in ancient Rome. Like Foucault's earlier works, The History of Sexuality Vol. 1 was groundbreaking and controversial. He challenged the accepted idea that the rise of modernity and capitalism led to moves to repress talk about sex. On the contrary, according to Foucault, sex became the object of scientific study, and sexual practices were labeled either "normal" or "deviant". Governments passed laws regulating sexual practices, thereby strengthening control over their citizens. Foucault claimed sexuality is not so much the result of biological instincts as it is a social concept. He has since become a key influence in gender and gay studies.

What listeners say about A Macat Analysis of Michel Foucault's The History of Sexuality Vol. 1: The Will to Knowledge

For a philosophical analysis this is too shallow , stating the obvious and explaining the very basics (words like psychoanalysis, Christianity, etc). It should be marked "For high school" or something

Needs a bit more on "now"

It is a very good recap, once you have digestied a bit more of Foucault. Still, it is a good preparation for advancing on the fields of the social sciences using forgotten as a tool and exploring more of a human equation.