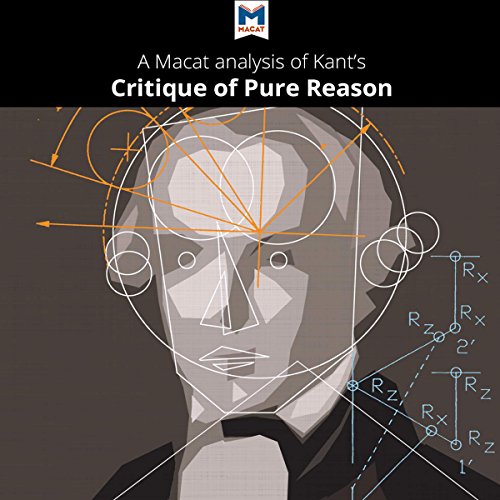 A Macat Analysis of Immanuel Kant's Critique of Pure Reason

By: Michael O'Sullivan
Narrated by: Macat.com

More than two centuries after its initial publication in 1781, Immanuel Kant's Critique of Pure Reason remains perhaps the most influential text in modern philosophy. Kant himself claimed his work as a revolutionary document and insisted that it changed the discipline of philosophy as thoroughly as Copernicus had changed astronomy 300 years earlier, when he said the Earth revolved around the sun and not the other way round.

Kant argues that metaphysicians (philosophers who are primarily concerned with the fundamental causes and nature of things) could move away from their endless battles about whether human knowledge must conform to independently given objects. Instead he argues that progress in philosophy is possible only by agreeing that objects conform to forms of human cognition, or awareness.

Much of the history of philosophy can be recounted in terms of how thinkers have reacted to Kant's work. His critique continues to provoke and inform a range of contemporary debates, both within and beyond philosophy.

This book covers the history around "The Critique of Pure Reason" by Kant. I fully recommend this if you are looking for the circumstances around Kant writing this and learning about the reception of his writings at the time.