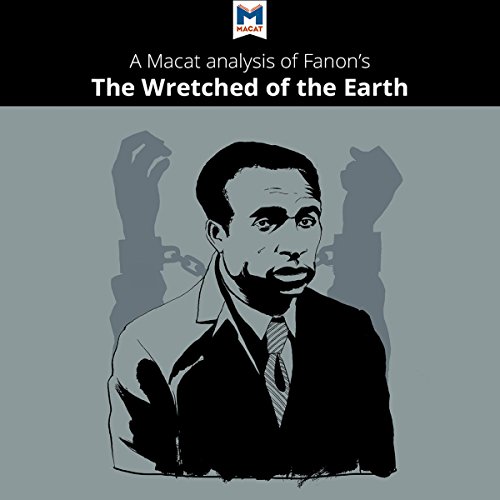 A Macat Analysis of Frantz Fanon's The Wretched of the Earth

Published in 1961, the year of Frantz Fanon's death, The Wretched of the Earth is both a powerful analysis of the psychological effects of colonization and a rallying cry for violent uprising and independence.

The book rejects colonial assumptions that the people of colonized countries need to be guided by their European colonizers because they are somehow less evolved or civilized. Fanon argues that violence is justified to purge colonialism not just from the countries themselves, but from the very souls of their inhabitants, who have been so damaged by its abuses.

According to Fanon, it is the poor above all who need to rebel if real change is to come, because the indigenous middle classes will just produce a society very similar to the old one. And after revolution, the new country should aspire to make real improvements in the lives of the worst off through education and investment.

The Wretched of the Earth became an inspiration for many liberation struggles around the world after Fanon's death, and continues to be a key text in postcolonial studies.

Loved it. It is thorough, insightful, informative, and timely. It is one of the first audio books to keep me engaged.

So Amazon, you think you know me huh? Well how about I just listen to something completely different? ...

I listened to this book after watching the public meltdown of the Hillary Clinton supporters after Trump won the presidency. I never want to be a victim of a self-imposed bubble. My Audible suggestion feed was looking a little too boring.

This book was interesting to me as a conservative because in Fanon's call to arms in an attempt to overthrow colonialism I heard the echoes of the American founding Father's calls to take up arms against England. Macat did an excellent job introducing me to this pivotal work.

Good narration. Very good overview about Fanon's book, life and thoughts. Also, intresting contrast with authors who didn't share the same point of view and ideas of Fanon, especially for the use of violance to achieve freedom.