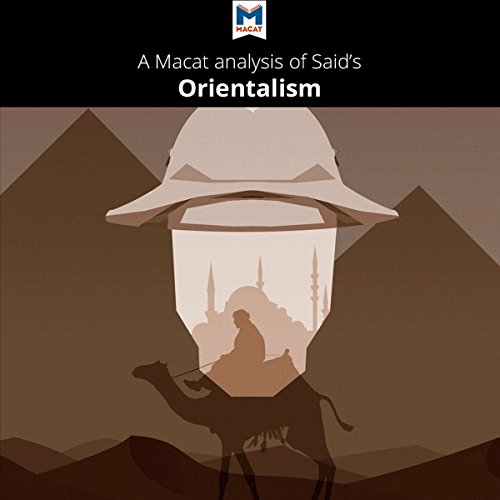 Western thinking about the Middle and Far East has been distorted by stereotype and inaccuracy. This argument lies at the center of Palestinian-American literary theorist Edward Said's groundbreaking book, Orientalism. Originally published in 1978, it cemented Said's reputation as the father of postcolonial studies.

Drawing on a wide range of sources, Said offered a new conceptual framework, as well as new language with which the (formerly) colonized could respond to colonial power and contest the way they were subjugated and represented. Orientalism opposes dominant ways of understanding the world, and calls directly for the West to account for its actions and assumptions.

Orientalism has had a profound impact, prompting both academics and politicians to reexamine their beliefs about everything from global power dynamics and the legacies of colonialism, to Western political, economic, and cultural dominance. People working in disciplines ranging from art history to sociology have since expanded on Said's original arguments to address such issues as class, gender, and race.

You can find out more about how Said's ideas have been challenged and applied - and how his work has impacted on thinkers in other academic disciplines - by exploring further in the Macat Library.

What listeners say about A Macat Analysis of Edward Said's Orientalism