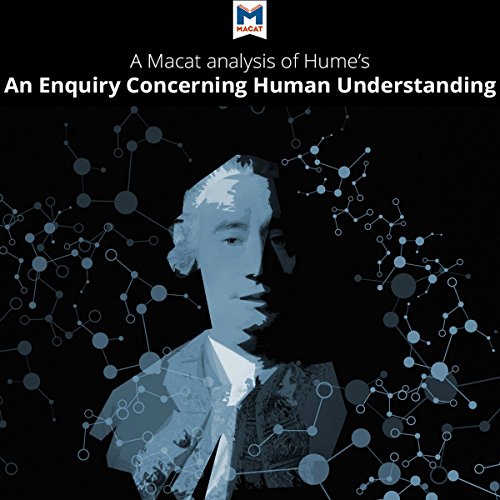 A Macat Analysis of David Hume's An Enquiry of Human Understanding

By: Michael O'Sullivan
Narrated by: Macat.com
Free with 30-day trial

Excited by the possibilities hinted at by the major scientific breakthroughs of the day, Scottish philosopher David Hume set out to construct a science of the mind. 1748's An Enquiry Concerning Human Understanding is the result.

A work that had a huge influence on great thinkers including celebrated German philosopher Immanuel Kant, An Enquiry is Hume's examination of how we obtain information and form beliefs. He argues that we mainly gain knowledge through our senses, a theory known as empiricism. But while the impressions from our senses are key to our beliefs about the world, Hume argues that reason and facts play only a limited part.

His thinking here led him to dangerous places. His conclusion that many religious beliefs of the time could therefore not be justified was viewed with great suspicion during his lifetime. Yet An Enquiry is now widely considered one of the greatest works of Western philosophy, and Hume one of its key thinkers.

You can find out more about how David Hume's ideas have been challenged and applied - and how his work has impacted on thinkers in other academic disciplines - by exploring further in the Macat Library.