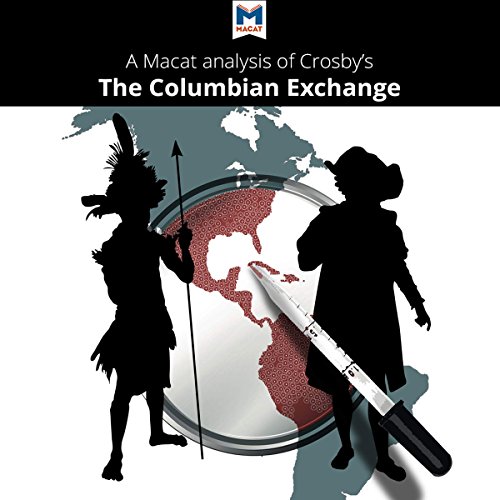 A Macat Analysis of Alfred W. Crosby's The Columbian Exchange: Biological and Cultural Consequences of 1492

Environmental factors shape our history just as much as - and sometimes more than - human factors. That's the premise of Alfred W. Crosby's 1972 work The Columbian Exchange: Biological and Cultural Consequences of 1492, a key text in environmental history. While earlier scholars emphasized cultural and technological factors as defining the way our world developed, Crosby argues that nonhuman factors, such as the exchange of plants, animals, and microbes between the Old and New Worlds had more overall impact. "The most important changes brought on by the Columbian voyages were biological in nature," he says.

Crosby was one of the first historians to look at the importance of the spread of certain food crops and diseases in relation to the development of history, to show it was not simply political and social issues that counted. The Columbian Exchange introduces the idea that current human societies are also the product of a wider set of biological relationships, and need to be understood in these contexts.

What listeners say about A Macat Analysis of Alfred W. Crosby's The Columbian Exchange: Biological and Cultural Consequences of 1492