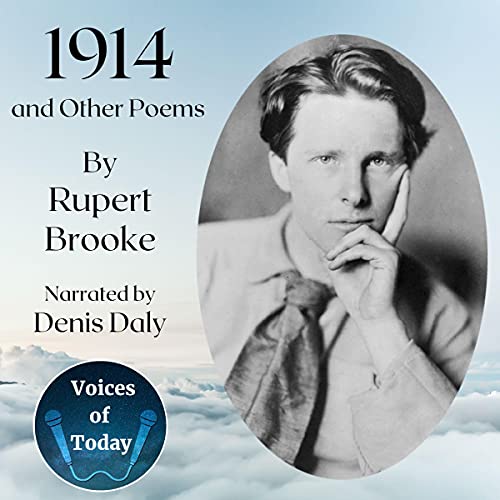 1914 and Other Poems by Rupert Brooke. Narrated by Denis Daly.

Although Rupert Brooke is known today as a "war poet", he was never actually engaged in combat: His death was the result of an infection from an insect bite that occurred while he was in transit to commence duty in Turkey. Unlike Wilfred Owen, who had a bitter experience of life in the trenches, Brooke's vision was of the glory rather than the horror of war.

This collection is divided into four sections:

Only the first section focuses on issues stemming from the war. Poems in the other sections are generally wistful evocations of places that the poet had visited in his travels and reflections on youthful love.

What listeners say about 1914 and Other Poems