3,345 titles
See all in United States 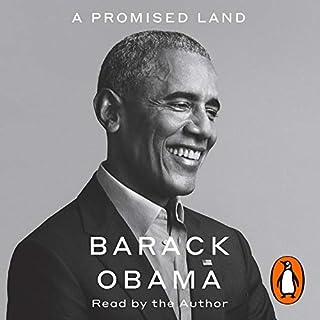 A riveting, deeply personal account of history in the making - from the president who inspired us to believe in the power of democracy.... 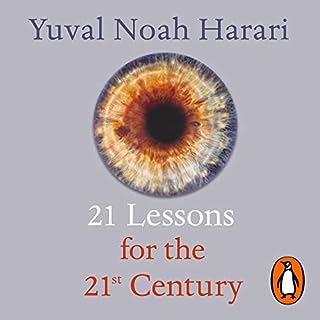 Sapiens showed us where we came from. Homo Deus looked to the future. 21 Lessons for the 21st Century explores the present.... 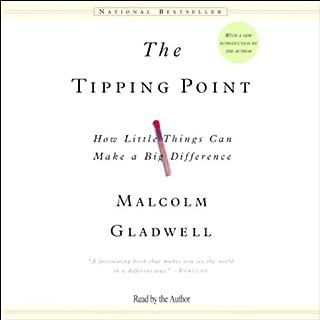 In this brilliant and original audiobook, Malcolm Gladwell explains and analyses the 'tipping point', that magic moment when ideas, trends and social behaviour cross a threshold, tip and spread like wildfire.... 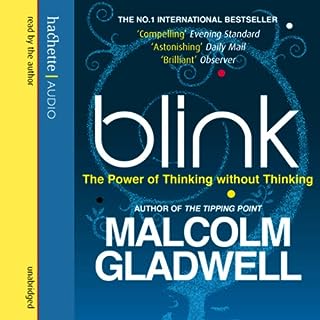 Intuition is not some magical property that arises unbidden from the depths of our mind....

A riveting, deeply personal account of history in the making - from the president who inspired us to believe in the power of democracy....

Sapiens showed us where we came from. Homo Deus looked to the future. 21 Lessons for the 21st Century explores the present....

In this brilliant and original audiobook, Malcolm Gladwell explains and analyses the 'tipping point', that magic moment when ideas, trends and social behaviour cross a threshold, tip and spread like wildfire....

Intuition is not some magical property that arises unbidden from the depths of our mind....

William Strauss and Neil Howe will change the way you see the world - and your place in it. With blazing originality, The Fourth Turning illuminates the past, explains the present, and reimagines the future. Most remarkably, it offers an utterly persuasive prophecy....

The storming of the Capitol on 6 January 2021 revealed the transition from President Trump to President Biden to be one of the most dangerous periods in American history, with the result of the election called into question by the sitting president....

An intelligent, intellectually rigorous examination of why the Christian faith still makes sense in an age of scepticism....

While the world watched Donald Trump’s presidency in horror or delight, few noticed that his lifelong grifting quietly continued. Less than 40 minutes after taking the oath of office, Trump began turning the White House into a money machine for himself, his family, and his courtiers....

The inside story of the four years when Donald Trump went to war with Washington, from the chaotic beginning to the violent finale, told by revered journalists Peter Baker of The New York Times and Susan Glasser of The New Yorker....

Timothy Keller focuses on Jesus' best-known parable - the prodigal son - as a paradigm for the central messages of Christianity: grace, hope and salvation....

Sam Harris has discovered that most people, from secular scientists to religious fundamentalists, agree on one point....

The inside story of the laptop that exposed the president’s dirtiest secret....

In The Accidental Superpower, Peter Zeihan examines how geography, combined with demography and energy independence, will pave the way for one of the great turning points in history....

New York Times best-selling author of Fire and Fury and Siege completes the trilogy on the epic presidency of Donald J. Trump....

In this third and most extraordinary volume of the Gonzo Papers, Dr. Hunter S. Thompson recalls high and hideous moments in his 30 years in the passing lane....

Random House presents the audiobook of The World As It Is by Ben Rhodes, read by Mark Deakins with and introduction read by the author....

Evil Geniuses is the secret history of how, over the last half century, from even before Ronald Reagan through Donald Trump, America has sharply swerved away from its dream of progress for the many to a system of unfettered profit and self-interest for the few....

Over the past three decades, citizens of democracies who claim to value freedom, tolerance, and the rule of law have increasingly embraced illiberal politicians and platforms. Democracy is in trouble - but who is really to blame? Tom Nichols explains....

As a politics and as a practice, abolitionism has increasingly shaped our political moment, amplified through the worldwide protests following the 2020 murder of George Floyd by a uniformed police officer....

Mark Galeotti is the go-to expert on organized crime in Russia, consulted by governments and police around the world. Now, Western listeners can explore the fascinating history of the vory v zakone, or vory as the Russian mafia is also known....

Originally released in fall 2017, The Dangerous Case of Donald Trump was a runaway best seller. Alarmed Americans and international onlookers wanted to know: What is wrong with him? That question still plagues us....

Two renowned investment advisors and authors of the best seller The Great Reckoning bring to light both currents of disaster and the potential for prosperity and renewal in the face of radical changes in human history as we move into the next century....

Brilliant and engagingly written, Why Nations Fail answers the question that has stumped the experts for centuries.....

Matsutake is the most valuable mushroom in the world - and a weed that grows in human-disturbed forests across the northern hemisphere. Through its ability to nurture trees....

Delving into a world once shrouded in mystery, this investigative report provides a fascinating account of the annual meetings of the world's most powerful people, The Bilderberg Group....

The Value of Everything argues that American companies have for too long been valued according to the amount of wealth they capture for themselves rather than for the value they create for the economy....

A Path Appears offers practical, results-driven advice on how best each of us can give and reveals the lasting benefits we gain in return....