49 titles
See all in World War I 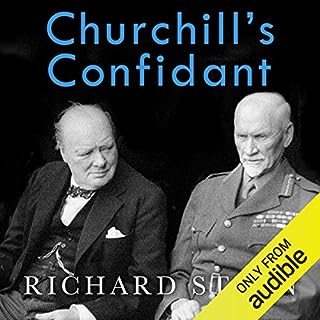 Brought together first as enemies in the Anglo-Boer War and later as allies in the First World War, the remarkable and often touching friendship between Winston Churchill and Jan Smuts is a rich study in contrasts.... 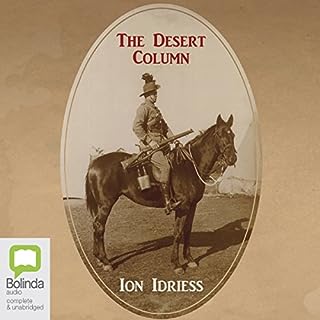 One of the most popular accounts by an Australian veteran of WWI - written entirely from the private soldier's point of view.... 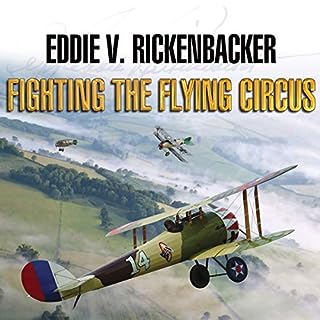 Captain Eddie V. Rickenbacker was best known as one of the commanders of the 94th "Hat-in-the-Ring" Squadron, a crack unit of pilots.... 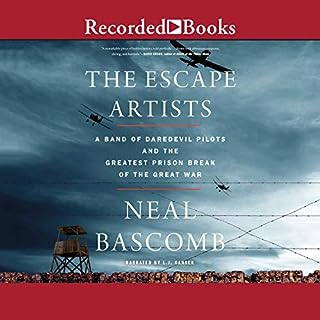 Brought together first as enemies in the Anglo-Boer War and later as allies in the First World War, the remarkable and often touching friendship between Winston Churchill and Jan Smuts is a rich study in contrasts....

One of the most popular accounts by an Australian veteran of WWI - written entirely from the private soldier's point of view....

Captain Eddie V. Rickenbacker was best known as one of the commanders of the 94th "Hat-in-the-Ring" Squadron, a crack unit of pilots....

This account of the Great War puts you right in the action - from one of the fighter pilots of the Royal Flying Corps....

This gripping, revealing and poignant collection of stories tells the First World War from the perspective of those who were there, using letters, diaries and memoirs from Imperial War Museum's unparalleled archives....

William Arthur Human was 22 years old and serving as a British soldier in India when war broke out in 1914. This is his story, in his own words, covering his first eight months on the Western Front and featuring the Battle of Neuve Chapelle....

Nariman Karkaria, a young Parsi from Gujarat, had always wanted to see the world. So he left home as a teenager with fifty rupees in his pocket to do just that. After working in Hong Kong and Peking for a few years, when war was in the air, he decided to volunteer for the British Army....

The extraordinary story of British junior officers in the First World War, who led their men out of the trenches and faced a life expectancy of six weeks....

The incredible story of the first African-American military pilot, who went on to become a Paris nightclub impresario, a spy in the French Resistance and an American civil rights pioneer....

A groundbreaking historical study, Norman Stone's The Eastern Front 1914-1917 was the very first authoritative account of the Russian Front in the First World War to be published in the West....

While Lawrence of Arabia himself has been the subject of many biographies and an award-winning film, the context of his war in the desert, and his ideas on war itself, are less well-known....

With a total of 40 victories, Oswald Boelcke was Germany's first ace in World War I-and a century later he remains a towering figure in the history of air warfare, renowned for his character, inspirational leadership, organizational genius, development of air-to-air tactics, and more....

As a young soldier in the battlefields of Gallipolia, Sydney Loch witnessed the horror of war first-hand. On his return to Australia he detailed what he saw in his book The Straits Impregnable....

Wounded traces the journey made by a casualty from the battlefield to a hospital in Britain....

And We Go On is a nuanced response to the trauma of war, suffused with an interest in the spiritual and the paranormal not found in other war literature. Long out of print, it is a true lost classic that arguably influenced numerous works in the Canadian literary canon....

This is Michael Krupa’s story of how in 1939 he escaped the German invasion of Poland....

Included in this new edition of a classic work are new forewords written by York's son and grandson, which provide both personal and historical recollections of their predecessor. In Sergeant York, experience the fascinating life of an American hero....

Told for the first time, here is the story of a stray dog who eventually became affectionately known as Sergeant Stubby, the most famous war dog of World War I....

In the midst of her studies at Oxford, when war broke out across Europe, Vera Brittain left university in 1915 to become a VAD (voluntary aid detachment) nurse....

Harry Patch, the last British soldier alive to have fought in the trenches of the First World War, is now 109 years old and one of very few people who can directly recall the horror of that conflict....

The Last of the Doughboys is more than simply a war story; it is a moving meditation on character, grace, aging, and memory....

This is the story of a young man who trained as a pilot, and then flew with the Royal Flying Corps in France during the First World War, eventually becoming an ace. Hugh White flew F.E.2D Scout aircraft as a reconnaissance patrol pilot and later was promoted to squadron leader....

Forever England explores Rupert Brooke’s life, from schooldays to the Great War, and in so doing builds a remarkable picture of a long-lost England and a generation’s descent into war. Brooke’s poems emerge dramatically from a tangled web of love, friendship....

Douglas V. Mastriano sorts fact from myth in the first full-length biography of York in decades. He meticulously examines York's youth, his service in the Great War, and....

Frank Luke, Jr., was an unlikely pilot. In the Great War, when fliers were still "knights of the air", Luke was an ungallant loner, a kid from Arizona who collected tarantulas, shot buzzards, and boxed miners....