177 titles
See all in Mexico 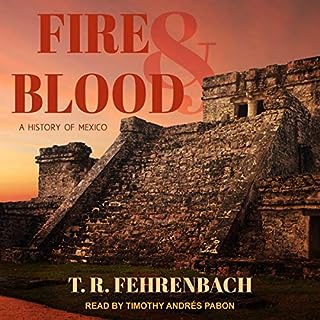 T. R. Fehrenbach brilliantly delineates the contrasts and conflicts between the many Mexicos, unraveling the history while weaving a fascinating tapestry of beauty and brutality: the Amerindians, who wrought from the vulnerable land a great indigenous Meso-American civilization.... 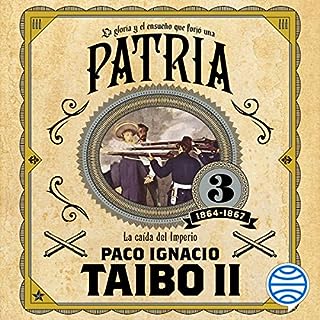 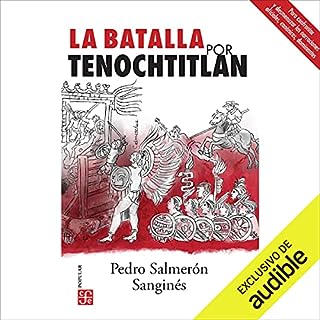 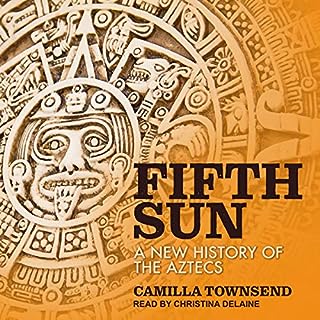 For the first time, in Fifth Sun, the history of the Aztecs is offered in all its complexity based solely on the texts written by the indigenous people themselves....

T. R. Fehrenbach brilliantly delineates the contrasts and conflicts between the many Mexicos, unraveling the history while weaving a fascinating tapestry of beauty and brutality: the Amerindians, who wrought from the vulnerable land a great indigenous Meso-American civilization....

For the first time, in Fifth Sun, the history of the Aztecs is offered in all its complexity based solely on the texts written by the indigenous people themselves....

The world has watched stunned at the bloodshed in Mexico. Thirty thousand murdered since 2006; police chiefs shot within hours of taking office....

If you want to discover the captivating history of Mesoamerica, then check out this four-in-one audiobook. You'll learn all about the Olmec, Zapotec, Mayan, and Aztec people....

World-renowned best-selling author Carlos Castaneda's selection of his writings on the shamans of ancient Mexico....

On the morning of November 4, 2019, a caravan of women and children was ambushed by masked gunmen on a desolate stretch of road in northern Mexico controlled by the Sinaloa drug cartel....

This is the untold story of the American federal agent who captured the world's most-wanted drug lord....

One day a few years ago, 300 migrants were kidnapped between the remote desert towns of Altar, Mexico, and Sasabe, Arizona. A local priest got 120 released, many with broken ankles and other marks of abuse, but the rest vanished....

Three noted Texan writers combine forces to tell the real story of the Alamo, dispelling the myths, exploring why they had their day for so long, and explaining why the ugly fight about its meaning is now coming to a head....

Continue the journey through the history, adventure, tension, and dangers faced by the Conquistadors, led by Hernan Cortes - the Alexander of the Americas - as they continue their epic tale of conquest against the Mexican Empire....

Are the Mayans still around? What is the importance of Chichen Itza’s discovery? How did this mighty civilization fall? If you want answers to these intriguing questions, then pay attention....

In this new and updated edition of his classic The Broken Spears, León-Portilla has included accounts from native Aztec descendants across the centuries....

In 1519, Hernando Cortés arrived in Mexico to investigate stories of a wealthy empire....

A dramatic rethinking of the encounter between Montezuma and Hernando Cortés that completely overturns what we know about the Spanish conquest of the Americas....

Drug Lord, a firsthand account of drug dealing, murder, and corruption, tells of drug kingpin Pablo Acosta, who smuggled up to 20 tons of cocaine each year into the US before treachery brought about his downfall and grisly death....

Learn the unbelievable true history of the great warrior tribes of Mexico....

Random House presents the audiobook edition of The Line Becomes a River, written and read by Francisco Cantú....

In this comprehensive survey, Henderson explores the entire Maya cultural tradition, from the earliest traces of settlement through the period of the Spanish conquest....

¡Tequila! Distilling the Spirit of Mexico traces how and why tequila became and remains Mexico's national drink and symbol....

The Aztec Empire did not recoil from the face of an impending doom, it struggled faithfully. Destined to emerge from humble beginnings, it grew into a highly complex devoted civilization....

Throughout history, warfare has played an important role in the development of many cultures around the world, and Mesoamerica is no exception....

The term Mexican Drug War misleads. It implies that the ongoing bloodbath, which has now killed well over 100,000 people, is an internal Mexican affair....

While some have attempted to explain the cultural and religious significance of this cactus and drug, Alexander S. Dawson offers a completely new way of understanding the place of peyote in history....