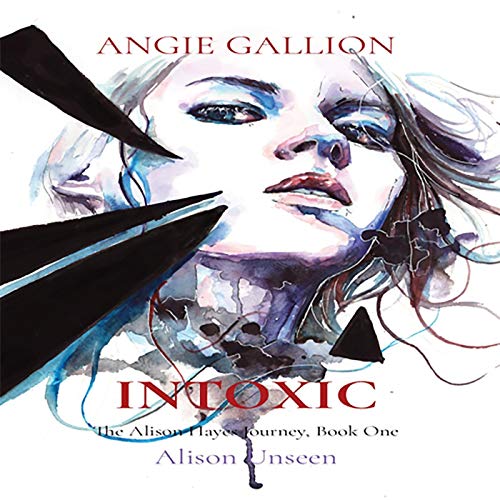 When Alison Hayes walks into her storm-darkened trailer the afternoon of her 16th birthday, she has no idea that it will be the beginning of a year like no other. Her mother has lost her job again, the most stable man they've ever had in their lives is looking for the nearest exit, and her best friend is dating the prom queen. She can't remember the last time anything good had happened to her. If the rails still passed through town, she would definitely be on the wrong side, always looking across to everyone else, it seems, who has it so much better than she. Dirty. Trash. The words have followed her through her life in her tattered, rust-stained jeans. She longs to understand her mother - who is lost and broken, driven by her addictions, by her losses - and to reconcile the memory of Mother before with Mother now. In the chaos of their one acre in the world, Alison strives for sanity, forging a path through the wreckage into the light. She is alone and must learn to stand alone, or she will be swept by the same undercurrents of self-defeat that took her mother so many years ago. During this worst of times, she discovers her own strength and determination and a powerful drive to do something better.

What listeners say about intoxic

I loved the book , I though the finer details might have simply been filling . But the more I got into the book the more I realized how important all the details were in bringing to story together . If you like fiction that is so close to real life then this is the book for you . Hopefully Angie Gallion produces more books , I felt I knew , understood & was part of this book . I was offered this book for a honest review , this copy was provided free by the author, publisher and/or narrator . Jennifer Reilly was excellent in her narration , she brought the book to life

Can't wait to read the next book!

Great book! You hang on through all of the turmoil this 16 year old endures! Emotional, deep and definitely relatable! I can't wait for next two in the trilogy!

There are many good books that you read or listen to, truly enjoy, and forget the next day. That book is not one of them. It is a slow story about normal people, quite dark and sad, but it didn't leave me with a bad feeling. Bad things exists, we can't deny it, but sometimes good people are born from the ashes of a ruined life.
Listening to the audio version was a pleasure. I loved the calm and clear voice of the reader, and she was good with different voices and situations. I normally prefer the audio version of a book, and this time I didn't regret it!

This audiobook was provided at no cost from the author, narrator or publisher throug Audiobook Blast, in exchange for an onest and unbiased review.

I want to say, I recommended this book to our high school librarian yesterday and it has been ordered.

A book of fiction that is so well written the listener will feel if they are listening to someones memoir. The characters come to life and you either love or hate most of them. I kept my fingers crossed and hoping the young protagonist would overcome the hand she was dealt. I will look for more from this author.


The narration was well done.The characters were well portrayed. Jennifer Reilly brought each character off of the page and into the world.

"I was voluntarily provided this review copy audiobook at no charge by the author, publisher and/or narrator."

When You Are Born On The Wrong Side of the Track..

It is a heart-wrenching story that follows the struggles of a bright teenager that dares to dream. But her life is not made for dreams. Day after day the reality chips away at her resolution to become "better". She has to be the adult in a household where abuses, physical and mental, are accepted as inevitable. The desire to put her trust in other people that should be there for her, is overwhelming and always destined to bring disappointment. How strong do you need to be before crumbling in self-pity, in self-destruction? How much does the strength of your character inspire others to want to help you reach your goal? How much of that help are you willing to sacrifice for not accepting other people's pity? Alison has to answer all of these questions and more, before she can accept that fate can be changed. A wonderful reading and well-narrated audiobook. Highly recommended.

I was given this book in exchange for a fair review. I will gladly say this was a great book! I greatly liked forward to listening to see what happened next. It's the sad story of addiction told through the eyes of a child of an addict. Well worth your time!