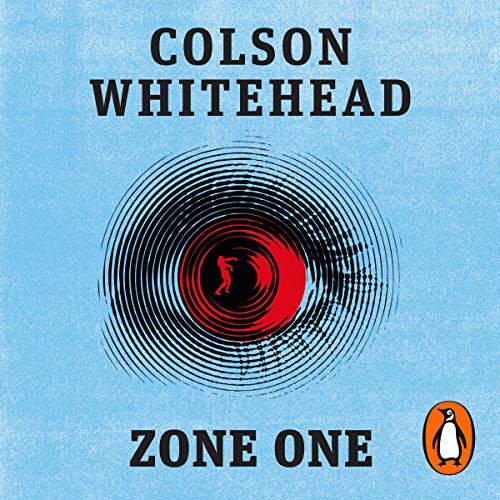 In this wry take on the post-apocalyptic horror novel, a pandemic has devastated the planet. The plague has sorted humanity into two types: the uninfected and the infected, the living and the living dead. Now the plague is receding, and Americans are busy rebuild­ing civilisation under orders from the provisional govern­ment based in Buffalo. Their top mission: the resettlement of Manhattan. Armed forces have successfully reclaimed the island south of Canal Street - aka Zone One - but pockets of plague-ridden squatters remain. While the army has eliminated the most dangerous of the infected, teams of civilian volunteers are tasked with clearing out a more innocuous variety - the 'malfunctioning' stragglers, who exist in a catatonic state, transfixed by their former lives. Mark Spitz is a member of one of the civilian teams work­ing in lower Manhattan. Alternating between flashbacks of Spitz’s desperate fight for survival during the worst of the outbreak and his present narrative, the novel unfolds over three surreal days, as it depicts the mundane mission of straggler removal, the rigours of Post-Apocalyptic Stress Disorder, and the impossible job of coming to grips with the fallen world. And then things start to go wrong. Both spine chilling and playfully cerebral, Zone One bril­liantly subverts the genre’s conventions and deconstructs the zombie myth for the twenty-first century.

What listeners say about Zone One

I want to hear a story, not listen to a guy milking his English literature degree.

Will make your ears bleed

The craft of writing is perscuted here. Language is used to nauseating effect in this terrible story that is so caught up in its own attempt to be ironic and cleverly cynical that it kills any sense of craft, bludgeons the reader with such awful metaphors, similes and sentance structure that it hurts the psyche. The narrator, having nothing good to work with suffers with the listener. Don't do it.

Well written but not enough action

Well narrated, good build up of characters but not enough action for me and ends in an annoying way.

I enjoyed this book. I will admit that if I was reading a paper copy there were sections I might have skimmed. The author is fond of eulogising in long rambling passages that do not really further the plot, but the plot is excellent, the central characters are well drawn and the narration is clear and nicely paced. I'd definitely recommend it.

Bennett brings the apocalypse to life

Colson Whitehead’s take on the zombie apocalypse is like a full fat cake without the calories: a guilty pleasure to indulge in without shame. As literary as it is gripping, it follows the (mis)fortunes of a distinctly average man in the wake of the collapse in a way that comprehensively suspends disbelief. But I’m not sure I would have bought into it so entirely without the narration of Beresford Bennett, whose pitch-perfect reading draws you in and keeps you there till the very end of the very end of the world.