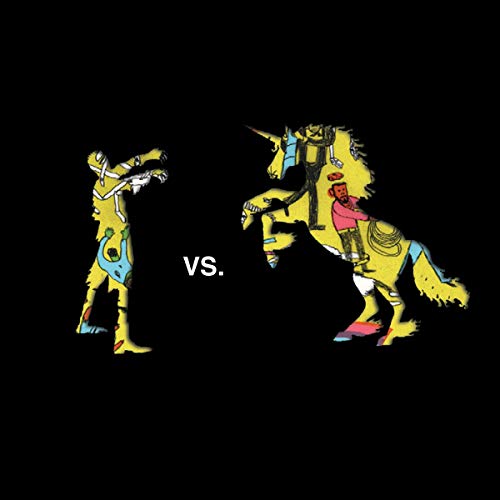 It's a question as old as time itself: which is better, the zombie or the unicorn? In this anthology, edited by Holly Black and Justine Larbalestier (unicorn and zombie, respectively), strong arguments are made for both sides in the form of short stories. Half of the stories portray the strengths - for good and evil - of unicorns and half show the good (and really, really bad-ass) side of zombies. Contributors include many best-selling teen authors, including Cassandra Clare, Libba Bray, Maureen Johnson, Meg Cabot, Scott Westerfeld, and Margo Lanagan. This anthology will have everyone asking: Team Zombie or Team Unicorn?

What listeners say about Zombies vs. Unicorns

This audiobook included a bunch of short stories involving Zombies and Unicorns, sometimes both at the same time! The stories included were:

This whole anthology started out as a blog-wars kind of thing between Holly Black and Justine Larbalestier as they argued back and forth about which was better, zombies or unicorns. They both gave, what they believed, were valid excuses why one was better than the other.

I really enjoyed all the little stories and I enjoyed the dialog between Holly and Justine in between the stories. They even gave audible cues to whether it was going to be a zombie story (groaning) or a unicorn story (clip-clopping).

I recommend this audiobook to anyone who like to be amused and who would like to join in the discussion about which is better.

The Narration Review
This audiobook was narrated by Ellen Grafton, Nick Podehl, Kate Rudd, Julia Whelan and Phil Gigante. Overall I enjoyed all of their voices for the different stories and they added to the fun of the overall production of this anthology.

This book has some really fun short stories on both sides of the isle. I honestly had never read any unicorn stories, but I found myself enjoying almost all of them through this audiobook. There were points during the book that I literally laughed out loud or found myself rooting for the zombies or unicorns.

My only issue was with the audio quality, especially with the banter in between stories. Sometimes it sounded like they were talking into tin cans in the garage.

As long as you can look past the audio quality this book is a fun light hearted read.

Meh..not the worst nor the best ever

I was disappointed in this book. The quality of the writing was inconsistent. I found some stories to be outright revolting. I do have to agree the that the premise is a funny one, and I was really looking forward to this comic aspect..but that wasn't there so much with this series of short stories.

Did not know it was a book for teenagers.

Be warned this is a book for kids and not adults. I went to this book based on title alone and did not read any reviews, etc. It wasn't until I got a couple of stories in that I realized this was a book for young teenagers. Sometimes adults can still enjoy these. This was not the case here. Not sure if the authors were actually early teens themselves, but it sure felt like it.