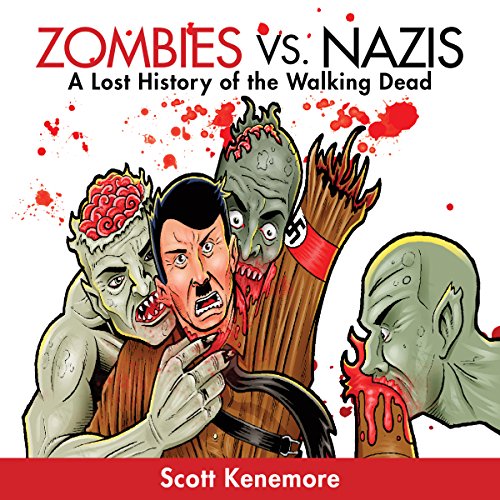 Zombie expert Scott Kenemore (The Zen of Zombie) unearths a collection of top-secret lost documents from WWII (originally intercepted by the U.S. Signal Corps in 1941 and presented to Franklin Roosevelt in a confidential memorandum), describing efforts of the Nazi Sicherheitsdienst (or SD) to harness and weaponize Haitian Voodoo and zombie-creating technologies for military purposes. For the first time, here is the thrilling, humorous, and satisfyingly-gory story of an evil empire's foolhardy attempt to harness an ancient and unspeakable monster: the zombie!

While the Nazis initially dream of creating an army of bloodthirsty, automaton super-zombies to march across Europe, they soon learn that the walking dead are not as obedient and malleable as they've been led to believe. In contrast, these Nazi agents quickly find that the walking dead of the Haitian backwoods are closer to brain-eating, flesh-rending dynamos that don't respect a nicely pressed SS uniform, and instead just go for the jugular. Faced with Voodoo spells, dangerous flora and fauna, and their own naive assumptions about the dark forces with which they're tangling, these Nazi SD agents learn the hard way that nobody bosses around a zombie.

What listeners say about Zombies vs. Nazis