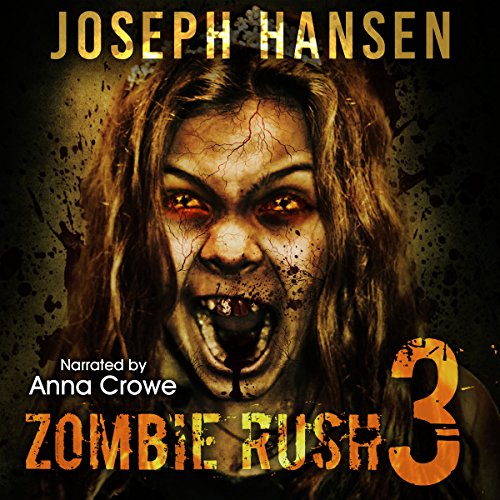 Normal was still less than a week in the past; those who still fought felt as though it was much, much more. The quest for resources has begun as does the hunt for the Good Doctor who plans his greatest feat. The majority of the living left to bear witness of his macabre utopia as a new predator takes up his trail. Survivors flee the capital city of Little Rock drawing a horde of a magnitude never imagined. They flowed like a river with nothing but two Hot Springs cops to lead the willing against insurmountable odds. Brawn and steel blended into creative intellect would have to be enough against a quarter million marching dead.

Remnants and stragglers of humanity Trickle into the compound that had come to mean so much to the existence of humanity. The visions of high straight stone walls were a myth replaced with the reality of hollow box cars and stacked with empty shipping containers as their only protection. A virtual oasis to those newly arrived. It was a place for a peaceful meal or a hot shower, a place where they had doctors and a hospital that wasn’t infested with eaters of the living. This was it, the entirety of civilization hiding behind the clutter of a capitalized world in its final throes of death. Left alone to fight those that cannot be killed. For you cannot kill that which is already dead.

What listeners say about Zombie Rush 3

just couldn't get into the narrator from books 1 and 2, book 3 was more enjoyable and can't wait for book 4.