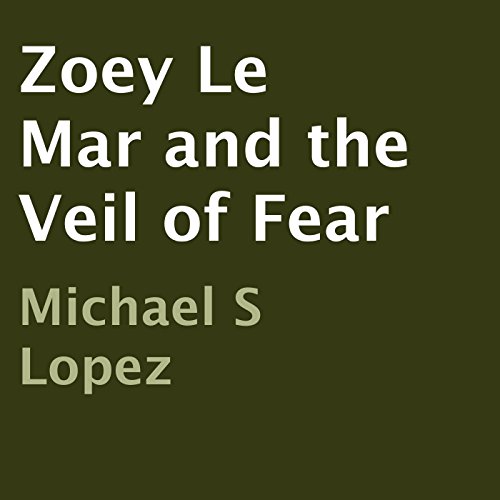 Zoey Le Mar and the Veil of Fear

Zoey Le Mar has, what she thinks, is a typical preteen life in the suburbs: soccer; a strict yet, loving father and mother; a pesky little brother, Owen; and two best friends, Danielle Hernandez and Lucy Le Mar. Without warning, during the preparations for Owen's birthday party, Zoey receives her first premonition, based on a secret truth. It starts to undermine her once peaceful, 11-year-old existence. The forewarning matches a recurring dream that has plagued Zoey since Owen's current age. The premonition and dream involve mystery, monsters, and magic. At first, Zoey ignores off the forewarning, not really realizing what's going on or the importance of it. The premonition involves a family secret, a forgotten responsibility, many generations removed.

As Owen's birthday party begins, more premonitions intrude and stagger Zoey. Even her cousin Lucy gets pulled into one somehow. Then a strange present, a two-foot-tall gargoyle statue, adds to the continuing mystery of her family and this evolving day. Still wary, Zoey dismisses the warnings and all the coincidences guiding her. Humor becomes her favorite avenue to deflect the strangeness. Though ignored, the premonitions expand and continue to haunt Zoey.

The party ends, and Lucy goes home. With that avenue of communication closed, Zoey finds solace by going to Danielle's house. On her way there, Tricky O'Leary, a fellow classmate and local bad boy, stops her. He discovers something is wrong and tries to help. Zoey brushes off his offer and ditches him. Once the coast is clear, she continues onto Danielle's house and gets chased by what she thinks are monsters. But she's just not sure. She makes it to Danielle's house and ducks inside. However, another classmate and fellow teammate, Rhea Khan, taking out the trash, sees what chases Zoey, and it becomes her problem. In the meanwhile, Danielle helps Zoey investigate the strange happenings of the day, the gargoyle present, and her family story.

Zoey Le Mar and the Veil of Fear by Michael lopez

Where does Zoey Le Mar and the Veil of Fear rank among all the audiobooks you’ve listened to so far?

This is my first audiobook. so I have nothing to compare it to, so It is the best.

What other book might you compare Zoey Le Mar and the Veil of Fear to and why?

In my opinion, there are no other books to compare it to. It is in a class all its own.

What does Rina Adachi bring to the story that you wouldn’t experience if you just read the book?

Rina narrates the story in the characters' voices