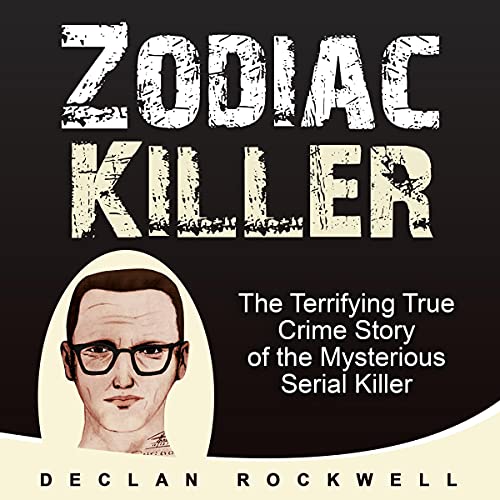 A harrowing look at the shocking true story behind the infamous Zodiac Killer.

Stalking the streets of 1960s and 1970s California, the case of the elusive Zodiac Killer has puzzled America’s best law enforcement for decades. With no confirmed identity and only a few sparse eye-witness accounts, America’s most well-known serial killer is also its most confusing.

Who really was the Zodiac Killer? And why did he vanish as suddenly as he appeared?

Peeling back the curtain on the rumors and the facts behind this mysterious murderer, Zodiac Killer: The Terrifying True Crime Story of the Mysterious Serial Killer offers listeners an all-new glimpse into the deranged mind of the serial killer who was at one point America’s most wanted man.

Covering his survivors’ terrifying accounts in all their gruesome and harrowing detail, the enigmatic letters and cyphers he left to taunt detectives, and the retinue of possible suspects, this biography will give you a fresh and up-to-date perspective on what we know about the Zodiac Killer.

Perfect for fans of true crime and serial killers, as well as the morbidly curious, this riveting book will remind you of the monsters who walk among us and the disturbing cold cases that have haunted law enforcement for decades.

Scroll up and get the audiobook now to unveil the mysterious story behind the Zodiac Killer.

What listeners say about Zodiac Killer