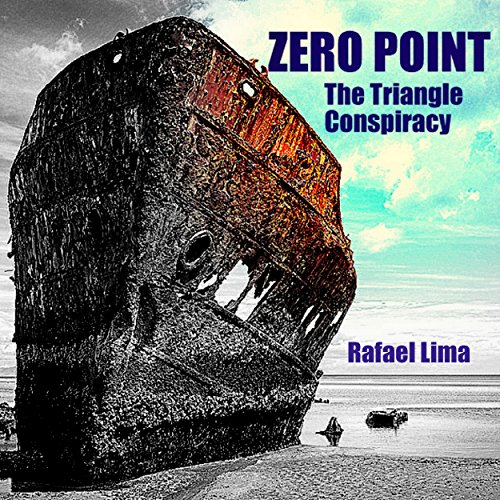 I've read the reviews and agree! The book needed a thorough editing and I have hired a pro. Thanks!

"What's down there Commander?" Robert yelled over the noise of the chopper circling overhead.

"Something our enemies will fear." Hawks yelled back.

"Two minutes sir; we're in the hot box." One of the soldiers called urgently.

"At the end of the day, all that you will have is another blurry photo of some underwater lights and the start of yet another UFO conspiracy theory; another farfetched Bermuda Triangle story like it's been for 60 years; Roswell all over again," Hawks yelled.

Commander Hawks leaned close to Robert locking him in a stare. He paused. Finally a smile crossed his face.

"I want you both to see what's down there because you're not going to believe it and because when you try to tell others they won't believe it either."

A ghost ship reportedly sunk in 1948 mysteriously appears out of a yellow fog. Days later the 60-year-old life raft is found in new condition, with no survivors.

The last radio messages from flight 19 filters through a ships radio six decades after the pilots disappeared.

Drawn by these mysteries Samantha Weiss a beautiful but icy Marine archaeologist enlists renowned Bermuda triangle authority Robert Medina; together they discover a series of clues drawing them into uncharted depths at the edge of a secret Navy base.

Set in the emerald waters of the Bahamas, zero point the triangle conspiracy discards all the existing theories of the triangle; blending fact and fiction to come up with a theory and a story that may or may not be fiction.

What listeners say about Zero Point

An intelligent story with good narration

What did you love best about Zero Point?

The story blends well the plausible and less plausible explanations of the mysteries of the Bermuda Triangle. The main characters are good foils for each other and the character development is fun to experience.

Brooks has natural characters and narration that is easy to listen to.

The book handles scientific information in a way that is very informative, while remaining interesting and not detracting from the storyline.