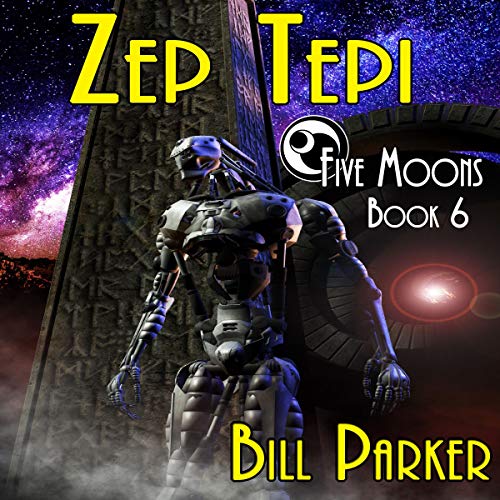 Before the time of man, according to the ancient legends, the gods walked the earth. The Egyptians had a name for this time. They called it "Zep Tepi" - the first time. That time is where this story began. Five Moons: Zep Tepi picks up the story 10,000 years later....

It all started with an emergency call from a world at the farthest edges of explored space.

“You are our only hope,” they tell Dallas Blake and the crew of the Five Moons. A deadly virus will kill them all if the Five Moons doesn’t get the vaccine to them right away. But, like every other mission the Five Moons has taken on, this was but the tip of the iceberg. One thing was certain - someone tried to kill these people.

But the Five Moons was the Nexus of Fates. It had chosen each member of the crew for a reason. Then it chose Star, but it wasn’t done with them yet. Its next choice would become a light, shining into the darkness.

What listeners say about Zep Tepi