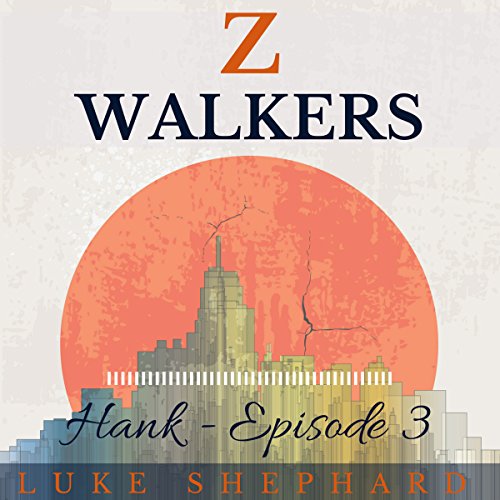 If Hank could choose anywhere in the world to be on a weekday night, it definitely wouldn't be at the high school where he has worked as a janitor for the last eight years. Like he actually wanted to scrub toilets and polish floors when he could have been at home with the love of his life and their mutt.

Unfortunately that night would quickly dissolve into a night unlike any other. Midway through a late-night phone call with his wife, Hank hears what he believes to be students breaking windows. Disgruntled pupils damaging property is nothing new to him - but coming face to face with men covered in blood and hungry for his flesh is something he's never experienced before.

When he realizes the whole city has been hit by these terrifying people, he does what he can to get his wife out while trapped in the school. Little does he know, it's worse out there for her than it is in there for him, and what was supposed to be a pretty routine evening of cleaning turns into something so much more.

Meanwhile a teenage thief and a personal trainer struggle for cover, pursued by infected freaks through the city. In the distance, a school becomes a beacon for safety - if only they can avoid the herd of cannibals out front.

Note: This is the third episode of Z Walkers, a serial novel. There will be cliffhangers and Zombies from one installment to the next. Listen at your own risk...or delight.

ITS ALL COMING TOGETHER!!!

Would you listen to Z Walkers: Hank - Episode 3 again? Why?

I would listen to them all, they are great short stories!

What does Ben Kass bring to the story that you wouldn’t experience if you just read the book?

He has brought this series to life, great job!!

No, but I have been a little on the edge of my seat!

Hank is taken by surprise when he hears a crash and investigates at work late one night...Being the Janitor of the school, he really knows his way around thank goodness! Zombies everywhere!!!!! Waiting to be rescued by his wife and in laws he sees a teen boy and woman in need of rescue....and this ties this story together...cant wait for Ep4!!!

If you could sum up Z Walkers: Hank - Episode 3 in three words, what would they be?

Have you listened to any of Ben Kass’s other performances before? How does this one compare?

Yes, all of the titles in this series and it keeps pace with them.

This audiobook was provided by the author, narrator, or publisher at no cost in exchange for an unbiased review courtesy of AudiobookBlast dot com."

This audiobook was provided by the author, narrator, or publisher at no cost in exchange for an unbiased review courtesy of AudiobookBlast dot com.

This series is becoming a bit more believable. With this episode, Hank; the janitor, is just a regular guy that happens to be at the wrong place at the worst time possible.

I like how he drew on his knowledge of hunting for camouflage; which is more believable than someone who has been training for the apocalypse is the MacGyver "Know It All" of the Zombie Apocalypse. Really enjoying this series and how the characters from the other episodes are coming together.

Didn't want to go to Work!

I enjoyed this story more so than the 2nd short episode. Luke Shephard has written good short stories but that's the BIG problem These short stories should've been one complete story instead of 4 one hour short story. It doesn't pay to do what this author has done. I can guarantee he's spent more money on these four episodes than he would have if he had made it one complete story. This is Bank's story. He is happily married and works as a janitor at a high school. He has had his job for 8 years and he doesn't want to go to work tonight. He'd rather be at home with his wife and after he gets to work he wishes he had just stayed 71st home. He finds that the school is under attack by people who have blood all over them. I really like how the author brings the characters together. Will they survive these cannibals?
Ben Kass has narrated each episode and I felt like he was comfortable with this episode, more so than the 2nd one. I feel that his female voices have improved in this episode. I look forward to hearing more stories narrated by Ben Kass. Overall, I rate it four stars.
I received this audio at no charge from the author/narrator in exchange for an honest and unbiased review through Audiobook Blast.