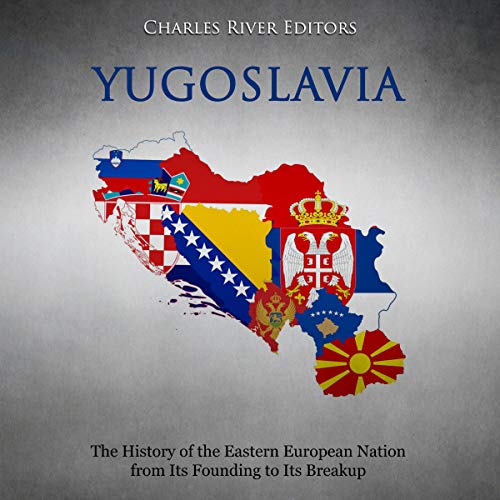 Yugoslavia: The History of the Eastern European Nation from Its Founding to Its Breakup

Yugoslavia was arguably one of the most unusual geopolitical creations of the 20th century. The Yugoslav state had never existed in any historical sense, and the ties that bound together its constituent peoples were tenuous at best. Although nominally all “Slavs,” the country was an amalgamation of languages, alphabets, cultures, religions, and traditions, which ensured its short existence was littered with splits, conflicts, and shocking violence. In a sense, it’s somewhat surprising that it lasted as long as it did.

In the wake of World War I, as the political boundaries of Europe and the Middle East were redrawn, the Kingdom of Yugoslavia, initially known as the Kingdom of Serbs, Croats and Slovenes, came into existence with a monarch as its head of state. Confirmed at the 1919 Versailles Conference, the “first” Yugoslavia was a particularly fragile enterprise, and there was almost constant tension between the majority Serbs and the other Yugoslav nationalities, especially the Croats. As a result, the Kingdom was a land of political assassinations, underground terrorist organizations, and ethnic animosities. In 1929, King Alexander I suspended democracy and ruled as a dictator until he himself was assassinated in 1934.

The Kingdom of Yugoslavia was particularly vulnerable to the forces that engulfed the rest of Europe at the end of the 1930s, including fascism and communism. When the Axis forces attacked in 1941, the country quickly capitulated and was dismembered by the Nazis and their allies. A separate Croatian state was formed, led by Ante Paveli, who committed some of the worst crimes and human rights abuses of the war. The Balkan region was virtually emptied of its Jewish population, victims of the Nazi Holocaust.

During his reign, Tito managed to quash the intense national feelings of the diverse groups making up the Yugoslavian population, and he did so through several methods. He managed to successfully play the two superpower rivals, the United States and Soviet Union, off against each other during the Cold War, and in doing so, he maintained a considerable amount of independence from both, even as he additionally received foreign aid to keep his regime afloat. All the while he remained defiant, once penning a legendary letter to Joseph Stalin warning the Soviet dictator, “To Joseph Stalin: Stop sending people to kill me! We've already captured five of them, one of them with a bomb and another with a rifle... If you don't stop sending killers, I'll send a very fast working one to Moscow and I certainly won't have to send another.”

Internal issues plagued the country in its final years and Tito had tinkered with Yugoslavia’s constitution on several occasions. His final attempt, in 1974, saw the partial separation of Kosovo - crucial in the Serb national story - from the rest of Serbia.

What listeners say about Yugoslavia: The History of the Eastern European Nation from Its Founding to Its Breakup

I couldn't finish listening to this book. The gross mispronunciations of fairly common people and locations turned me off from the start. Also the story is so generalistic, it is of little use to anyone but neophytes. Try Balkan Ghosts or Black Lamb and Grey Falcon instead.

This book is a brief overview of the history and country Yugoslavia. It gives the listener a brief history of the underlying conflict that led to the creation and later disintegration of the country. The Ottoman Empire has had a profound impact and continues to have that impact a 100 years after its disintegration

There was good information, although the read was fast, but sounded digitally sped up. So I slowed it down and it sounded much better. There are a lot major events that are quickly touched on, but nothing goes very in depth. it is based mostly from about the time of the occupation of the Ottomans in Serbia, until millenia. I wished there was more information on culture and traditons, and and older history. Also, most of the history was based around happenings with the Serbs and minimal information about Croatians or the Dalmatian coast.

This is the fourth book I’ve read/listened to by Charles River Editors and I would gladly listen to another. I enjoy books like this one that give me an overview of a topic. Often I’d love to learn more, yet regardless, I learn enough to gain some understanding or perspective on a topic I often know little about. This book did not disappoint. Once again they’ve put forth a comprehensive, interesting listen.

This is the fourth book I’ve listened to by this narrator ( Colin Fluxman ). He does a wonderful job reading history books. His cadence is great and his voice is clear. He helps to keep the book interesting.

The countries that became Yugoslavia were basically under siege by The Ottoman Turks and others for hundreds of years. Things changed in the 20th century with the Nazis eliminating many segments of the population. After that war, the several ethnic groups united to become Yugoslavia and prospered for a time. Then, in the 1990s, the peoples waged wars involving ethnic cleansing for nearly the whole decade until the various peoples established separate countries once again.
The presentation is clear and well done. The narration by Colin Fluxman is well presented.

Yugoslavia. An enigma of a country.
This book is a taster for more information on Yugoslavia. It's wars and it's people.
Well researched and laid out. Narration is clear and concise just how you need it on a history book.
I received a free copy of this audio book at my own request and voluntarily leave this review.

A solid primer on a country whose history is a mystery to many. I would have liked a little more detail on the Balkan wars of the 1990s, what each faction believed, etc.

Lives Up to Its Promise

This book was positioned as a brief history of Yugoslavia and since I knew very little about that part of the world it piqued my interest. In short, I wasn't disappointed. Colin Fluxman takes us through the trials and tribulations of this nation in an engaging way; what could have been dry material is made more interesting by his reading. The one downside of the book is I wished they had spent more time on the pre-founding era of Yugoslavia: where did its peoples come from, who settled the land and why? Other than that, this is a very good but brief history of a little known part of the world.

This book was given to me for free at my request and I provided this review voluntarily.

Basically, this is merely UN and EU propaganda. This is driven home in the last chapter where the reader is informed that an Albanian majority of 90% of the population were being "oppressed" despite the same information declaring that Albania was attempting to expand into Kosovo and Macedonia whilst supplying the KLA (basically a Muslim terrorist orgajisation) with weapons, bombs and logistics.

All throughout the 20th century the EU, or previous iterations of it, have been after the Serbs. And largely now in 2020 it seems the Serb government are completely indoctrinated into the bankers millennium.

Now I know history of Yugoslavia

For many years i really wanted to know what caused the breakup of Yugoslavia and after listening to this amazing audio book.
I'v got the answer.