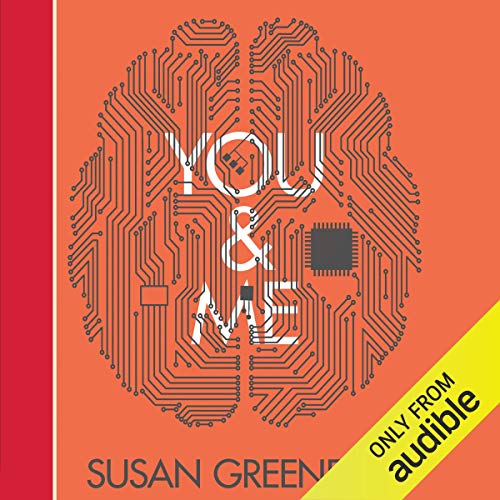 What is it that makes you distinct from me? Identity is a term much used but hard to define. For that very reason, it has long been a topic of fascination for philosophers but has been regarded with aversion by neuroscientists - until now.

Susan Greenfield takes us on a journey in search of a biological interpretation of this most elusive of concepts, guiding us through the social and psychiatric perspectives and ultimately to the heart of the physical brain.

Greenfield argues that as the brain adapts exquisitely to environment, the cultural challenges of the 21st century, with its screen-based technologies, mean that we are facing unprecedented changes to identity itself.

What listeners say about You and Me

I love the baroness...

And find her a very unique intellect. This is a nice short Treatise on identity and neurology. Read it along with her other books and those of Michael gazzaniga Antonio damasio.

This is a very thought provoking essay. Well written and enjoyable to listen to. The themes of this audiobook are becoming ever more relevant and helped by the easily accessible format and style, it could be radically influential in impacting future debate. A very good listen.