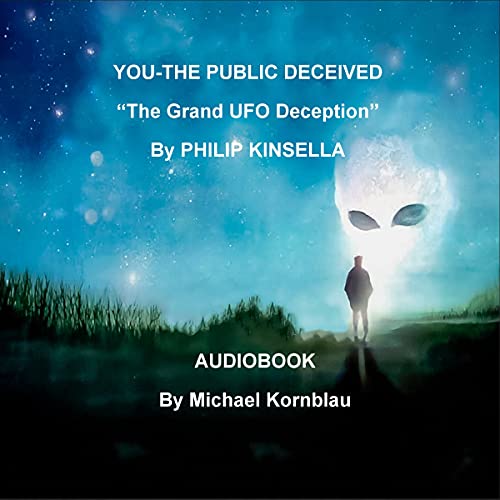 You have been lied to. UFOs are real, and not some figment of the public’s imagination, which we have been led to believe. This deception has gone on for far too long, and it’s time we, the public deceived, fight back. Philip Kinsella brings together several theoretical applications concerning what the UFO phenomenon may represent.

Exploring his own "alien abduction", which occurred in the winter of 1989, and examining both old and new cases alike, he draws upon several conclusions as to what we may be up against. He informs us that we are dealing with "something" which appears to operate on a higher level of conscious awareness, and that a certain species known as the "Greys" has given us a variety of clues as to what they are, along with their modus operandi. He also informs us that the media-machine has deliberately orchestrated this coverup to dumb down the masses in an effort falsify the UFO phenomenon.

Our human history, Genesis, and sole purpose as humans has been deliberately tampered with by nameless, faceless bureaucrats, whose time is running out.

We, the public, have a right to the truth. The evidence presented within this book clearly demonstrates that the phenomenon at hand is more complexed than we first imagined. Therefore, a new perspective within our awareness might answer some truly, extraordinary claims.

We are not alone - never have been. The war for truth is as stronger now that\n it’s ever been before, and Philip believes that the "Greys" offer us clues as to not only their reality, but ours also.

What listeners say about You