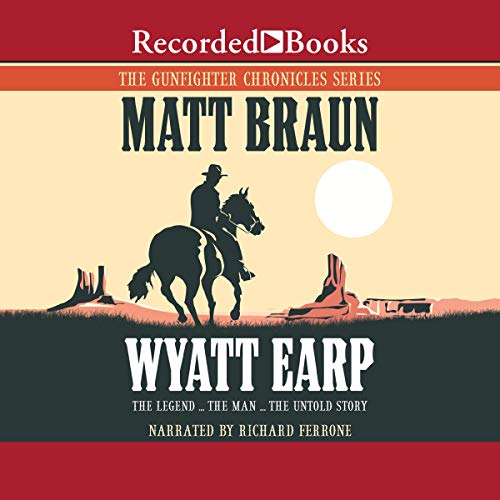 Before the legend, there was the man...and a powerful destiny to fulfill.

On October 26, 1881, three outlaws lay dead in a dusty vacant lot in Tombstone, Arizona. Standing over them - Colts smoking - were Wyatt Earp, his two brothers Morgan and Virgil, and a gun-slinging gambler named Doc Holliday. The shootout at the OK Corral was over - but for Earp, the fight had just begun.

Wyatt Earp was a man who craved fame, power, and prominence. He came to Tombstone with a plan to get elected sheriff and a dream of building the biggest business empire the booming mining town had ever seen. But by Christmas, both his brothers had been struck down, and their assassins were coming after him and Doc Holliday. For Earp, a man of ambition and pride, it would mean putting aside his dream for one last fight...not for glory, but revenge.

What listeners say about Wyatt Earp