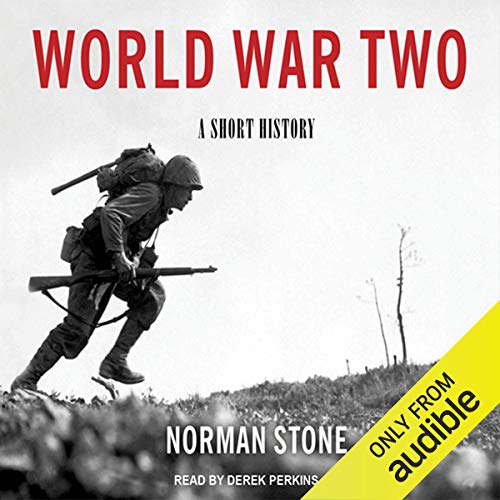 After the unprecedented destruction of the Great War, the world longed for a lasting peace. The victors, however, valued vengeance even more than stability and demanded a massive indemnity from Germany in order to keep it from rearming. The results, as eminent historian Norman Stone describes in this authoritative history, were disastrous.

In World War Two, Stone provides a remarkably concise account of the deadliest war of human history, showing how the conflict roared to life from the ashes of World War One. Adolf Hitler rode a tide of popular desperation and resentment to power in Germany, promptly making good on his promise to return the nation to its former economic and military strength. He bullied Europe into giving him his way, and in so doing backed the victors of the Great War into a corner.

Following the invasion of Poland in 1939, Britain and France declared war on Germany-a decision that, Stone argues, was utterly irrational. Yet Hitler had driven the world mad, and the rekindling of European hostilities soon grew to a conflagration that spread across the globe, fanned by political and racial ideologies more poisonous-and weaponry more destructive-than the world had ever seen. With commanding expertise, Stone leads listeners through the escalation, climax, and mournful denouement of this sprawling conflict.

World War Two is an invaluable contribution to our understanding of the twentieth century and its defining struggle.

I listened to this after enjoying Stone’s excellent overview of the Great War. I was hesitant about purchasing it because I knew much more about WW2. I needn’t have been. It is wonderfully fluent and informative. A great listen.

This book is a good companion to the authors book about WW1. This book provides a short and informative book about the Second World War.

Did not enjoy the narration. I found him hard to follow and quite uninteresting to listen to.