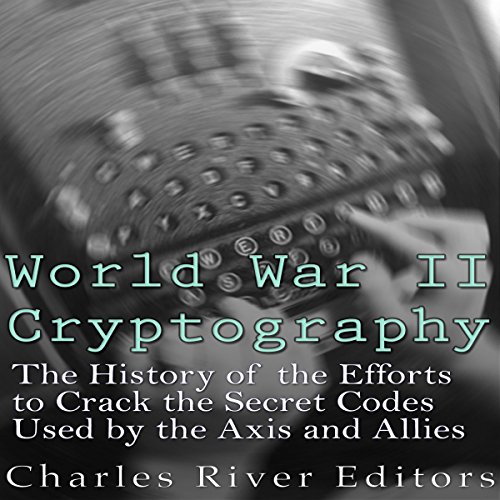 World War II stood apart in many ways from every earlier war, not least in the way that it reached to every corner of the planet and involved a noticeable segment of humanity's collective resources. Battles erupted not only on land and the sea's surface as they had for centuries, but also in the ocean depths and the windswept heights of the sky. One of the war's most crucial struggles happened in the realm of the unseen, inside the human mind and amid the invisible flow of radio waves. Every war is a battle of wits as intelligence-gathering, tactics, and strategies clash, from the level of individual action up to the grand, overarching schemes of generals and statesmen. Intelligence took on a freshly urgent aspect in World War II, however, as the fate of offensives, armies, and nations came to hang on the struggle to decrypt vital enemy radio traffic and military communications.

Too short and overly simplified. Almost no mention of the people involved and then only a few men. It would be nice to mention that most of the work in the US was done by women, often recruited out of college graduating classes.

I listen on an iPod & an iPhne 6. To get an idea as to how fast this Book is read place your iPod on "Fast"! I had a hard time following. Might be nice in a car for short drives.

Scott Clem is a good reader. I think the produced sped this book up to meet a time deadline. I erased this book. ND John