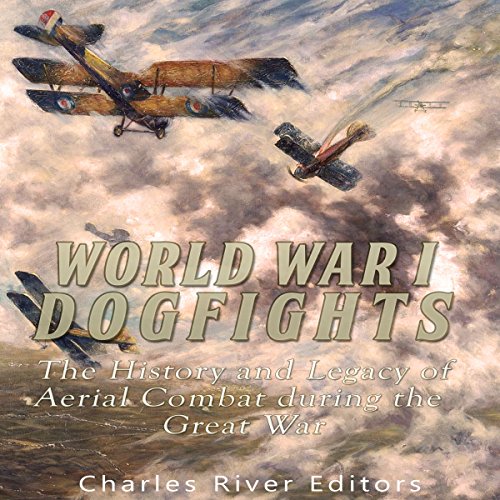 The first aircraft to appear in the skies over the battlefields of World War I showed few signs of the dominant future of airplanes in warfare. Small, fragile, and slow, they provided no hint of the sleek jet fighters that would one day slash across the skies of Earth faster than sound to unleash the lethal blast and fire of sophisticated missiles, or the bombers able to level an entire city with one nuclear bomb. That said, they did not represent a complete novelty in warfare either, at least not during the early months of World War I.

What listeners say about World War I Dogfights

don't use a credit for this, great little synopsis of aviation during wwi. I highly recommend this quick little read.