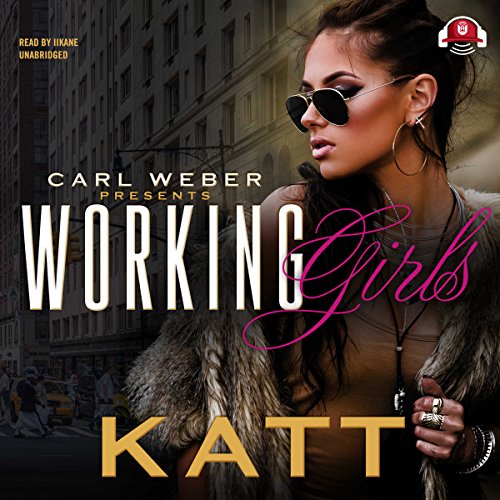 Nineteen-year-old Jewels is one of the Midwest's most wanted. The daughter of one of the baddest prostitutes to ever work the streets of St. Louis and a high-end call girl herself, she attracts nothing but the elite. She has caught the eye of 22-year-old Rome, a dope boy who quickly makes a name for himself in the Loo.

One uneventful night, their worlds collide when Jewels is caught with a violent and deranged client, while Rome is laying low at the same hotel. After that evening, life for Jewels and Rome will never be the same. Together, they climb to the top, but Jewels is the one responsible for getting them there. Sex, money, and murder are the outcome as the world of prostitution collides with the drug game.

Bodies begin to drop, and the streets are littered with corpses as an all-out war is launched. The Midwest heats up and things become even more complicated when Jewels is put in the line of fire and becomes the target.

What listeners say about Working Girls

The narrator was superb. The story itself kept me interested during the entire read, but I would have liked a little more backstory on Rome.

Much more than I expected, iikane never disappoint

Once again iikane did her thang

I was skeptical at first, but I really enjoyed

I absolutely loved listening to this book. It was extremely suspenseful, the graphic detail was great and the different characters the reader really got into just sucked me in like I was really there!

contributes to a negative perception of Africans

contributes to a negative perception of Africans and African Americans. would not recommend for teens. also has allot of expletives.

its a nice lil read about the hood and how love can form..the characters were likable..I liked rome jewels and sassy too..waiting for part 2

Good story but quite a few contradictions. For instance, Julz is 30 min late meeting a client, fast forward a few chapters and the author describes Julz as being super prompt and never late.

love it definitely recommend others to read this good book. I'm looking forward reading second book in the series.

I totally enjoy this book...

I loved the storyline, the narrator was good I like the way she changed up her voices and hope there is a book 2....

Such a well written and greatly thought out story that had no corn ball love scenes.