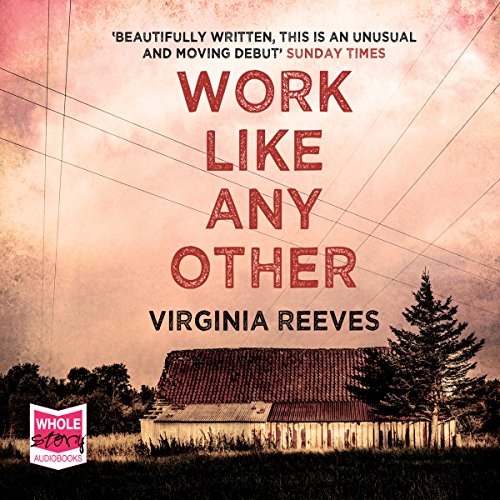 Roscoe has set his sights on a new type of power spreading at the start of the 20th century: electricity. But when his wife, Marie, inherits her father's failing farm, Roscoe uses his skills as an electrician to siphon energy from the state, ushering in a period of bounty and happiness.

Then everything changes. A young man is electrocuted on their land. Roscoe is arrested for manslaughter, and he must now carve out a place in a violent new world.

"Virginia Reeves has a gift for bringing to life all the tensions that emerge wherever people, place and progress collide. I absolutely loved it." (Kevin Powers, author of Yellow Birds)
"A potent mix of icy honesty and heart-wrenching tenderness." (Jim Crace)

Having listened to the first four hours I still couldn't make out what the story was about, tenuous links from line to line - if not for Jeff Hardings performance I would have given up but persevered and listened to the rest - eventually it became clear but took a lot of patience.
Suggest you listen on 1.25