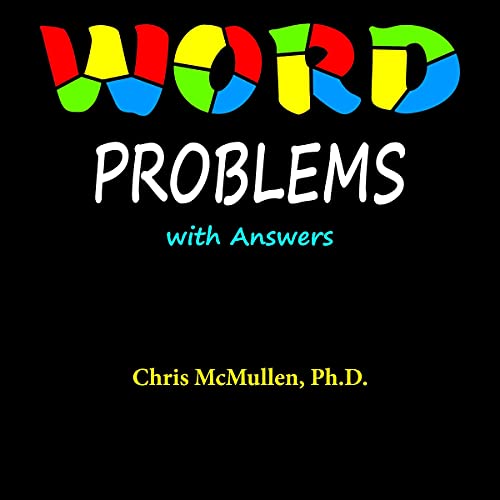 This book includes 200 word problems with answers. Some tips and a few examples are also provided. Several topics are included, such as:

The author, Chris McMullen, PhD, has over 20 years of experience teaching math skills to physics students. He prepared this workbook of the Improve Your Math Fluency series to share his passion for word problems.

What listeners say about Word Problems with Answers