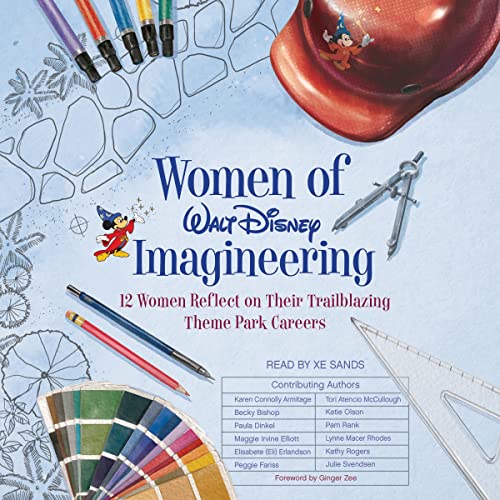 Capturing an era - and preserving the stories they have told their daughters, their mentees, their husbands, and their friends - a dozen women Imagineers have written personal stories from their decades designing and building the Disney worldwide empire of theme parks. The book represents a broad swath of Imagineering's creative disciplines during a time of unprecedented expansion.

Intertwined with memories of Disney legends are glimpses of what it takes behind the scenes to create a theme park, and the struggles unique to women who were becoming more and more important, visible, and powerful in a workplace that was overwhelmingly male. Each chapter is unique, from a unique Imagineer's perspective and experience.

These women spent their careers telling stories in three dimensions for the public. Now they've assembled their stories in print, with the hope that their experiences will continue to entertain and illuminate.

What listeners say about Women of Walt Disney Imagineering