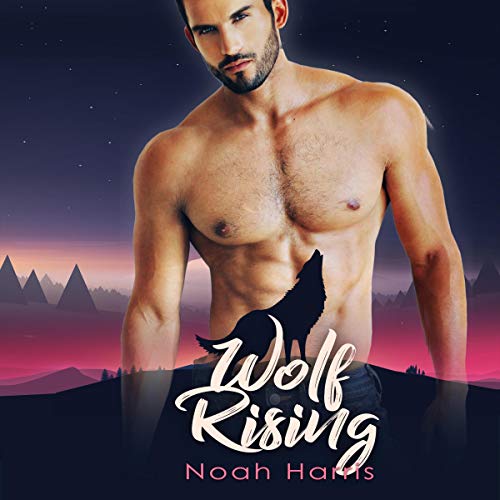 Dyne Andreas is a city wolf who has everything going for him: money, power, a rising career. Now, he's faced with the biggest promotion of his life, but there’s a cost. Dyne has never mastered changing his form. To get everything he has worked for, he must overcome this obstacle, or face losing it all.

Dyne thought being thrown into the middle of nowhere, forced to camp on the hard ground in a strange place with nowhere to go would be bad enough. Throw in rumors of people hunting down his kind and having to suffer with the most frustrating person alive to serve as his only companion and teacher, and Dyne might have found his own personal hell.

If he can get through this trial without killing his teacher, or being killed by one of these crazed hunters, his lifelong ambition will be realized. That is if the time spent alone in the woods doesn't alter the course of his life completely in the process.

Disclaimer: Wolf Rising is a sweet romantic novella packed of lovely man on male action. Very steamy M/M book for a mature audience only. Has a happy ending and does not end on a cliffhanger.

What listeners say about Wolf Rising

What a lovely transition:)

Dyne might not know how to change, but someone knows exactly how to show him. The display of strong personalities coming together to find mutual respect between each other is a great tale. there must be a book #2!

Tristan may be frustrating, but he definitely know how to get what he wants. I like that in a character.

over all, great work. narrator had an amazing voice and kept me enthralled all the way through:)

I read the book before listening to it. Loved both.
The narrator does a great job of reading . The main caracthers where bothe very strong male alpha's. chemistry was great.

Can't get enough love it to the core. really amazing to listen. Wanted more and to never stop listening. Such great character and plot.