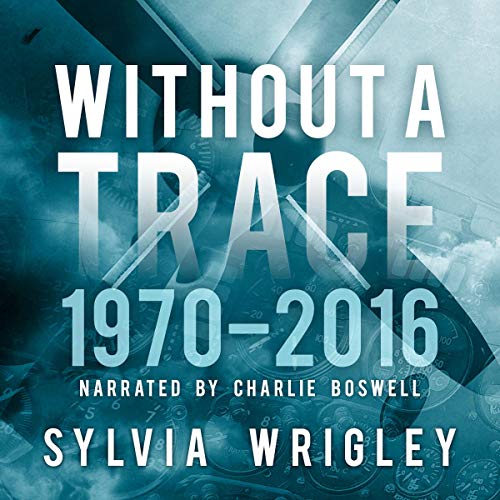 The disappearance of Malaysia Airlines flight 370 in 2014 is considered the greatest aviation mystery of our time but it does not stand alone.

What happened to the military pilot chasing a glowing unidentified object to make him disappear in an instant?

How did India manage to misplace five fighter jets?

Did a young Australian pilot flying over the Australian coast really get abducted by aliens?

These questions and more are explored in the second volume of Without a Trace. We explore modern mysteries as recent as 2016, with the sudden disappearance of an Antonov An-32 on a routine courier flight, while the aircraft ahead and behind saw nothing. Each case is laid out in rich detail and presented chronologically, with explanations of technology, aviation jargon, and cultural aspects involved in each mystery.

Sylvia Wrigley introduces the crews, innocent bystanders, and rescuers in this collection of true stories. Documenting the popular theories from each case, she uses her knowledge and experience as a pilot and an aviation journalist to demystify aviation jargon and narrow down each disappearance to the most likely explanations.

The stories range from fighter jets to commercial airliners, all of which have vanished within our lifetimes without a trace.

This book has nothing of interest or intrigue. Nothing but a whole lot of boring case files with aviation jargon to put you to sleep. Any and all this info can be found on the internet with a simple search!

Imagine a person being here today and not here anymore forever. Amazing stories of disappearances that really happened! This makes me afraid of someone I care about “disappearing” one day and there’s nothing anyone can do about it.

The author made learning about these incidences and aviation in general, very easy to understand.