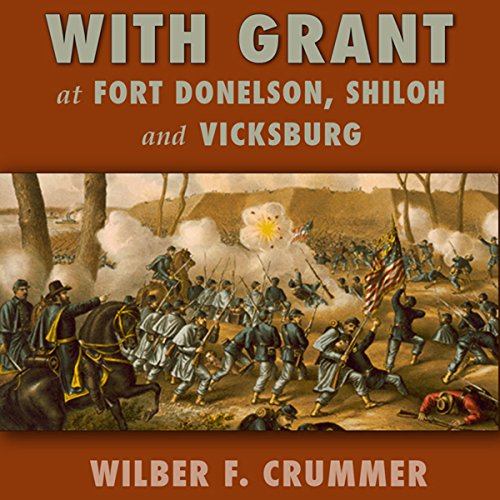 With Grant at Fort Donelson, Shiloh and Vicksburg

With Grant at Fort Donelson, Shiloh and Vicksburg

Wilber F. Crummer was an acquaintance and neighbor of Ulysses S. Grant in Galena, Illinois. When civil war broke out, he became "one of the Boys in Blue" who followed General Grant in the Battles of Fort Donelson, Shiloh and Vicksburg. His stirring and vivid accounts of these significant civil war battles, covering the years 1862-63, are filled with historic detail and conclude with his appreciation of General Grant.

A foot soldier's view of Grant & the Civil War

What made the experience of listening to With Grant at Fort Donelson, Shiloh and Vicksburg the most enjoyable?

A new and unique point of view

Grant as viewed by a neighbor and foot soldier

Have you listened to any of Andrew Mulcare’s other performances before? How does this one compare?

Heart warming view of Grant who has often today been underestimated